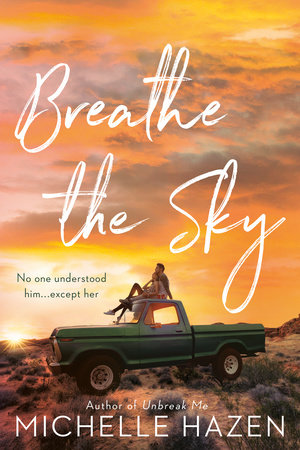 1. If you were going to be a wildlife biologist, what animals would you most like to work with?

3. Both Mari and Jack struggle with how to follow their hearts, when so many of their instincts are habits driven by years of abuse and insecurity. In your own life, how do you tell when to follow your heart, and when your first impulse might instead be self-sabotaging, produced by old bad habits?

4. Both Mari and Jack feel in some ways unworthy of having a home and family, but their longing for it shows in their fascination with home improvement shows. Do you think having a physical space is essential to the concept of home? How much or how little do you think this contributes?

5. Mari’s ex‑husband uses tears and reminders of their good times together to influence her. Did you expect him to use emotional manipulation tactics or more physical intimidation? Which do you think would have been harder to resist, if you were in that situation?

6. Some of Mari’s conflict with Jack comes from her worries that his shouty temper could be a warning sign that he couldlater become abusive or violent. What are some warning signs of an abusive relationship? How can you tell the difference between when someone’s simply angry, and when they might be dangerous?

7. Rajni’s test of a good man in “Pizza Doesn’t Lie” might see mover simplified at first glance. But what does her example define about the difference between a healthy and an unhealthy relationship?

8. At the end of the book, Mari says hope is a keystone species, because its existence changes everything around it for the better. What are other “keystone species” in a relationship?
Learn More About Breathe the Sky
print

The Cowboy Says I Do

The Charmer in Chaps

Crazy About a Cowboy

Once Upon a Cabin

Kiss Me Now, Cowboy
Back to Top