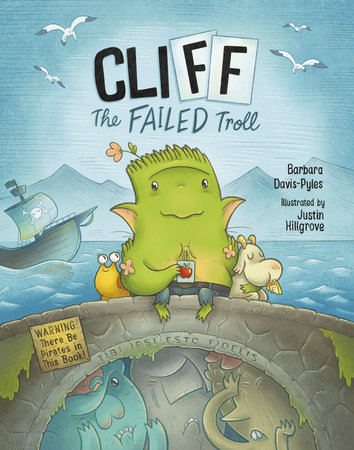 (Warning: There Be Pirates in This Book!)

About CliFF the Failed Troll

This sweet and funny story is about feeling different and embracing who we are.

A fun and original story by Barbara Davis-Pyles, author of Grizzly Boy and Stubby the Fearless Squid, about a troll named Cliff who isn’t very good at sitting still or being a “proper” troll. He’d much rather be a pirate anyway!

“Ahoy!” he shouts upon meeting other trolls, who then remind him that the proper troll hello is “Go away!” After a report card full of Fs in bridge building, stoney staring, and even goat gobbling (he’s a vegetarian!), Cliff sets off for pirate school.

But are things different for him there? Aye, that they arrrre!

This humorous story is about appreciating who we are and knowing there is a place where we fit in the world. 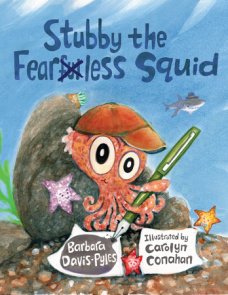 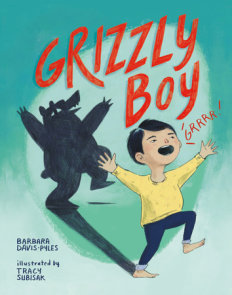 See all books by Barbara Davis-Pyles

BARBARA DAVIS-PYLES, author of Grizzly Boy and Stubby the Fearless Squid, has written hundreds of fiction and nonfiction pieces for the children’s education market. In addition to her curriculum-based work, she helped create A Day in the Meadow (with composer Frederick Frahm), a pipe organ demonstrator… More about Barbara Davis-Pyles

“Inspiration for anyone hoping to find a crew of foulmouthed, barnacle-laden, sea dogs of their very own.”–Kirkus Reviews

“Cliff the Failed Troll is a sweet story about pursuing what one wants. It is about not being squeezed into a lifestyle you have little interest in or are bored with. It is about seeking adventure and pursuing the things and a life you love.”–Picture Book Builders blog