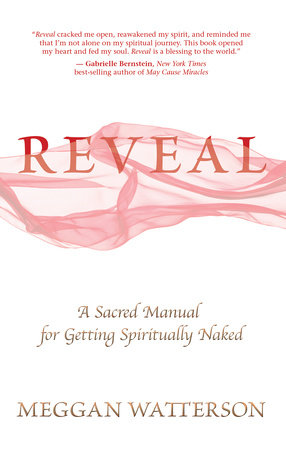 A Sacred Manual for Getting Spiritually Naked

A Sacred Manual for Getting Spiritually Naked 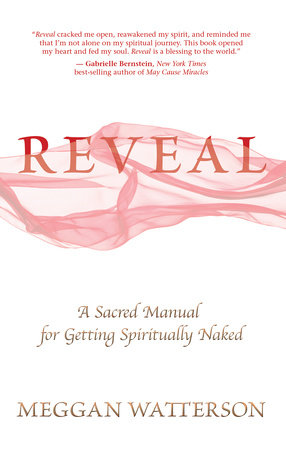 Harvard-trained theologian Meggan Watterson marched out of her church at age ten. With little-girl clarity, she knew something tremendously crucial was missing…the voices of women. Watterson became a theologian and a pilgrim to the divine feminine to find the missing stories and images of women’s spiritual voices. She knew women’s voices had never been silenced, just buried. But what she truly sought was her own spiritual voice inside her—the one veiled beneath years of self-doubt. At a sacred site of the Black Madonna in Europe, Watterson had a revelation that changed her. Rather than transcending the body, denying or ignoring it, being spiritual for her meant accepting her body as sacred. Only then, Watterson realized could she hear the voice of unfaltering love inside her- the voice of her soul. With passion, humor, and brutal honesty, Watterson draws on ancient stories and lesser-known texts of the divine feminine, like The Gospel of Mary Magdalene, making them modern and accessible to reveal the spiritual process she went through. She suggests that being spiritual is simply about stripping down to the truth of who we really are. Through her extensive work with women, Watterson found that she was not alone. There are countless women who long for a spirituality that encourages embodiment rather than denies it, that inspires them to abandon their fears but never themselves, and to be led by the audacious and fiercely loving voice of truth inside them. No matter where you rest on the spectrum of spirituality; religious or secular, devout believer or chronic doubter, freelance mystic or borderline agnostic, this story is about the desire in all of us to want to shed everything that holds us back. Reveal provides what religions have left out—the spiritual voice of a woman who has claimed her body as sacred—a woman who has found the divine insider her. In essence, this is a manual for revealing your soul. “I have spent the majority of my life gathering stories of the divine feminine. Each time before getting my masters degrees in theology and divinity, I went on a pilgrimage to sacred sites of the divine feminine throughout Europe. The first one was with a group and the second was on my own… The stories of the divine feminine, of Christianity’s Mary Magdalene, Catholicism’s Black Madonna, Hinduism’s Kali ma, and Buddhism’s Green Tara for example, allowed me to begin to see that I wasn’t as much of a spiritual misfit as I had thought. There was a red thread that became visible to me that ran through so many of the world religions, especially through their mystics, relating that the way to find the divine is to go within. And, that our potential to be transformed by going inward is exactly the same whether we are a man or a woman. The real barometer of our spiritual potential is not our sex, but the commitment of our desire to want to encounter the divine.” Excerpt from Reveal

Even as a little girl, Harvard-trained theologian Meggan Watterson knew something was missing from traditional religion – the voices of women. She knew these voices had never been silenced, just buried, so she began a pilgrimage to uncover the presence of the Divine Feminine.

What she discovered along the way were not only the many stories, images, and voices of the Divine Feminine in world religions – Christianity’s Mary Magdalene, Hinduism’s Kali Ma, Buddhism’s Green Tara – but also her own spiritual voice, the one veiled beneath years of fear and self-doubt.

After a revelation at a sacred site of the Black Madonna in Europe, Meggan realized that being spiritual for her was intricately tied to her view of her body. Rather than transcending the body, denying or ignoring it, she found that she must accept her body as sacred. Only then could she truly hear the voice of unfaltering love inside her – the voice of her soul.

Watterson soon found that she was not alone, that there are countless women who long for a spirituality that encourages embodiment, that inspires them to abandon their fears but never themselves, and that shows them how to be led by the audacious and fiercely loving voice of truth inside them.

No matter where you rest on the spectrum of spirituality – religious or secular, devout believer or chronic doubter, freelance mystic or borderline agnostic – this story is about the desire to shed what’s holding you back. With passion, humor, poetry, and raw honesty, Meggan provides what religion has left out – a way to lift the veils of your own fear and self-doubt to reveal your soul and find the Divine within. 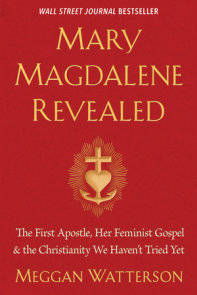 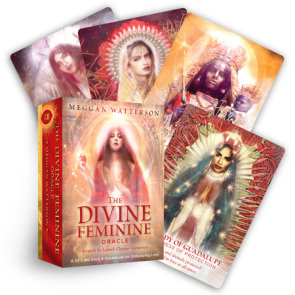 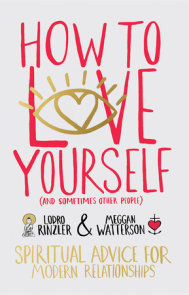 See all books by Meggan Watterson

See all books by Meggan Watterson

“The Divine Feminine has found a beautiful voice in Meggan Watterson’s new book, Reveal: A Sacred Manual for Getting Spiritually Naked. Written with a vulnerable heart and a fierce commitment to truth, Meggan’s spiritual journey will inspire you to find and follow your own true soul-voice. I loved every single page!”
— Cheryl Richardson, author of The Art of Extreme Self-Care

“Reveal is a healing, a retelling, a remembering. The words fly like ignited prayer from the heart of Meggan Watterson. This book is a passionate calling to mend the desecrating separation between body and soul and make the world whole.”
— Eve Ensler, founder of V-Day and New York Times best-selling author of The Vagina Monologues and I Am an Emotional Creature

“Meggan Watterson is a poet and a scholar and a real-life 21st century seeker. She’s your best girlfriend . . . and a trusted spiritual guide suggesting shortcuts toward wisdom and happiness. This is a lovely book.”
— Elizabeth Lesser, co-founder of the Omega Institute and author of Broken Open: How Difficult Times Can Help Us Grow

“The world is hungry for the awakening consciousness of the feminine spirit. Meggan’s journey is riveting, magnificently told, and will help you to unlock your own.”
— Regena Thomashauer, author of Mama Gena’s School of Womanly Arts