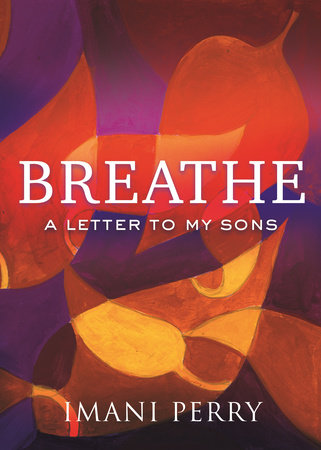 1. Perry offers a meditation on race, gender, and the meaning of life through the framing of a letter to her sons. Why do you think she chooses to directly speak to her sons? What is the importance of this point of view?

2. Before beginning her letter, Perry notes the complexity of raising Black boys in the US, and she uses several metaphors to describe potential approaches: like cultivating diamonds, using coal for fuel or consolation Christmas gifts, covering her home in sacrificial blood, and stalking through a labyrinth while avoiding a minotaur (2). What approach does each metaphor entail, and what examples of each does Perry provide in her letter?

3. “George Washington’s false teeth were not wood, as you may have heard. They were actually made from a variety of materials, including Black humans’ teeth. The father of our country stole our teeth,” writes Perry (112). In this passage, what argument is Perry making about US history?

4. Over the course of Breathe, Perry raises the topic of home on several occasions. She tells her sons about their “ancestral home” (21) in the Deep South and their roots in West Africa; she details her usage of words like “finda” and “siditty” with those who remind her of her home in Alabama (76); and she notes her sons’ physical separation from Black communities that act as a secondary home for her (31). How would you define home, according to Perry? What similarities or differences does it share with your own definition of home?

5. How does Perry talk about death and its impact on many Black lives in the US? How is this embodied in her discussion of her late uncle, Boot (60)?

6. After discussing To Kill a Mockingbird with Freeman, Perry’s opinions on the novel and its characters change (68). Has your own view on To Kill a Mockingbird shifted after reading Freeman and Perry’s critique? Has someone close to you changed the way you felt about something you held dear?

7. After detailing the history of foot-binding, Perry urges Freeman and Issa to “Be careful to what you are bound.” (107) What does Perry seem bound to?

8. Why does Perry assert that children understand love and fairness better than adults (14)?

9. Perry highlights the duality of being Black in America early in the book. She tells her sons that in order to combat the racism that surrounds them, “I teach you to read well. I teach you second sight—the word and also its meaning” (11). What do you think Perry means by “second sight”? What are some examples she gives to Freeman and Issa?

10. What sentences from the book personally resonated with you—and why? Are there any particular passages from Breathe that challenged you or expanded your thinking?

The Encyclopedia of Yoga and Tantra
Georg Feuerstein

The Illusion of Money
Kyle Cease

What Do You Say?
William Stixrud, PhD and Ned Johnson
Back to Top