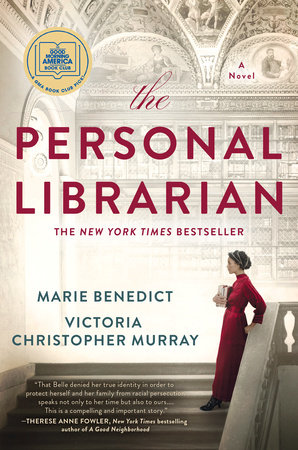 1.   How might you explain Belle’s rise to such breathtaking heights in society and her profession at a time when women—especially African American women—faced such blatant discrimination and exclusion? Did Belle possess certain personality traits that yielded this incredible outcome? If so, what are they? What sorts of outside influences contributed to her ascent?

2.   In some ways, Belle’s parents had somewhat unique experiences or backgrounds for African American people during this time period. What kind of reaction did you have to her parents’ histories? How might those histories have impacted Belle, even when she had not been told the details of her parents’ pasts?

4.   How would you describe Belle’s position among her siblings? How did you feel about her relationship with them and her responsibilities to them?

5.   What sort of reaction did you have to Belle’s relationship with her father? Do you think Belle ever felt deserted by her father in the same way her siblings did? Why or why not?

7.   What do you think really happened romantically between Belle and J. P. Morgan? Do you agree with the portrayal in the book?

8.   How would you describe the attraction between Belle and Bernard Berenson? What were the attributes that drew them together and, ultimately, forced them apart? How did you feel about their relationship—and Belle’s ability to have a partner and family of her own?

9.   What surprised you the most about Belle’s life? About her time period?

10. How familiar were you with passing before reading this novel? Has your understanding of the reasons and sacrifices behind it altered after reading about Belle’s life?

11.  What sacrifices did Belle make by choosing to follow her mother’s path? What advantages did she gain?

13. How do the racial issues and events in the book relate to events happening today?

14. In the end, do you think Belle was happy with her choices and decisions? Do you think she would have done anything differently?
Learn More About The Personal Librarian
print

Send for Me
Lauren Fox

Hour of the Witch
Chris Bohjalian

Mistress of the Ritz
Melanie Benjamin
Back to Top