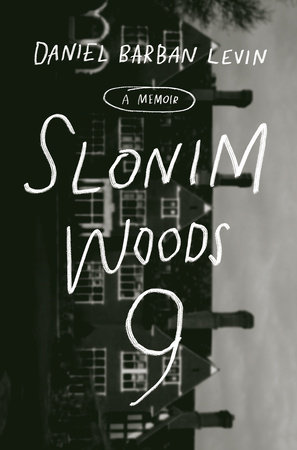 1. The author spends much of his freshman year at Sarah Lawrence College feeling disconnected and lost, and believing it was good luck that brought him there, rather than his own abilities. Have you ever experienced similar feelings of being an imposter in your own life?

2. When Larry first arrives in the author’s dorm at Slonim Woods 9, only a few of the students seem interested in listening to him or taking his advice. Daniel initially resists Larry and his ideas as well, but ultimately falls under his spell—as do many of his roommates. Was there a moment where you noticed that balance shift? How did Larry work to chip away at Daniel’s armor?

3. Daniel explains that some of Larry’s appeal was “the reality [he] presented. It was different than mine, but easier to believe in, even if the version of me inside it wasn’t exactly me. It was simple. It was a reality in which I could be happy.” Discuss the concept of multiple constructed realities and how you might be a different person in each. Were there moments where Daniel seemed happy in Larry’s reality? Why would he find happiness in a world where he wasn’t truly himself?

4. Writing has always brought the author clarity, and as he describes it, “my brain bypassed some barrier when I wrote poems; I’d bring them into a professor and every time, in the process of analyzing my poem, they would tell me something about myself I didn’t know, or that I knew, but had never said out loud, much less written down.” Why do you think the process of writing might allow him to make sense of his thoughts? Do you find it helpful to you in a similar way?

5. The author describes an evening where he and his friends join Larry and Talia in New York City to celebrate Talia’s birthday. He is asked to choose the wine, and at the end of the evening Larry pressures him about paying for it. Discuss how Larry uses money and the threat of being in his debt as a way to control the students. Why is this tactic so powerful?

6. During the summer between his sophomore and junior years, Daniel lives in Larry’s New York City apartment and begins to distance himself from his family. At one point, on a phone call, his father says: “It sounds kind of like a cult, Dan. Sometimes, when you talk this way, it sounds like you’re brainwashed or something.” Why do you think Daniel dismisses his father’s fears? Are there ways that the subject could have been broached that might have made Daniel receptive? Why or why not?

7. Larry and Daniel’s classmates stress the importance of being honest with group members and sharing intimate truths. But meanwhile, Larry’s constant pressure on the students to achieve “breakthroughs” often achieved the opposite—forcing them into outlandish lies to create the illusion of a radical truth-telling experience. How did the students balance this disparity? Why were these “breakthroughs” so important to Larry?

8. While living with Larry and his friends in Manhattan, Daniel and others were regularly put “on trial” by their peers and Larry or made the subjects of extreme judgment and abuse. Discuss why Daniel and his friends may not have defended one another under these circumstances.

9. Daniel explains how it was so easy for him to fall into this world and make himself believe the traumas and abuses he was experiencing were acceptable: “You believe you live a normal life. You do, you believe it. So anything that happens, you make fit.” Why do you think humans developed this coping strategy? Do you think it could ever be beneficial? Why or why not?

10. After escaping Larry and the cult, the author considers his experiences with the group over the previous years. He writes: “We want so badly for the world to be ordered, and reliable. We want it to be magical, too, to be meaningful. The idea that everything is random and unpredictable, that our memories and perceptions are shifting and chaotic, that we have no control over our place in the world, what happens to us, our futures or our pasts, is terrifying.” What do you make of this fear? Do you feel a similar need for the world to have order or control? Why or why not?

11. The book shows brainwashing to be a slow, methodical process. In what ways was the author manipulated over time? Can you relate? Can you see how easy it might be to become brainwashed?

12. Daniel argues that there is no objective truth in the world; rather, in his opinion, everything “lies somewhere in between good and bad, true and false, random and significant.” Do you agree or disagree? Why do you think someone like Daniel, who had experienced these traumas, might feel this way?

13. Ultimately, Slonim Woods 9 is a memoir written by someone in a deeply troubling situation but who managed to fight their way out. Some people—potentially including Daniel’s former friends who remained in the cult—could argue that he is an unreliable narrator. What do you think? And how does the book recognize the limitations of perspective and memory?

Sleepers
Back to Top