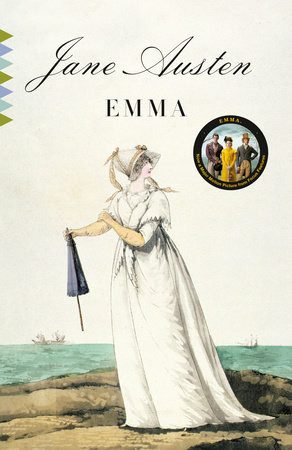 1. Describe the class and rank of various characters in the village of Highbury. Compare the positions of Mr. Weston, Mr. Elton, Miss Taylor, Harriet, and Emma with others in Highbury. How do matters of class affect the interaction of these characters, and would you describe class as being rigid or flexible as it is depicted by Jane Austen? To what extent can class be said to be of central importance to the development of the novel, since it is one of the most important considerations in marriage? Does class seem to be treated differently by those in Highbury than it does by outsiders, for example Frank Churchill and Mrs. Elton? Do you think it is significant that no woman in Highbury is of Emma’s age and rank?

2. How does the relationship between Mr. Knightley and Emma change throughout the course of the novel? Although Austen does not directly tell us what their relationship was like during Emma’s childhood, their long and intimate friendship is established at the novel’s opening. In light of their occasional quarrels and Knightley’s criticisms of Emma, for example, the criticism he made on Box Hill, how does Mr. Knightley feel about Emma? Do Mr. Knightley’s feelings change as the novel progresses? If they do, what incidents account for the changes in his feelings?

3. Does Emma act as a good friend to Harriet Smith? Are Emma’s concerns for Harriet’s education and refinement born of an honest desire to help, or is it something less altruistic? Are Mr. Knightley’s criticisms of Emma’s interference with Mr. Martin’s marriage proposal justified? Does Harriet ultimately benefit from Emma’s friendship or her attempts to help her?

4. While matchmaking is the central device in Emma, both for the plot and as a backdrop to develop characters, not all of the matches made in the novel are good. Compare the matches made between Mr. Weston and Miss Taylor, Emma and Mr. Knightley, Harriet and Mr. Martin, Jane Fairfax and Frank Churchill, and Mr. Elton and Mrs. Elton. Which are good matches and which are bad? What character traits in the couples make them suited or unsuited for each other? Why are the mismatches so important to the story?

5. In the final analysis, is Emma a sympathetic character? Does she seem to have good intentions only marred by a slight desire to interfere with other people’s lives, or is she thoughtless and unconcerned with the effects she has on others? In your estimation, is Emma ultimately moral or immoral? What specific incidents in the novel lead you to that conclusion?

Jane Eyre
Back to Top