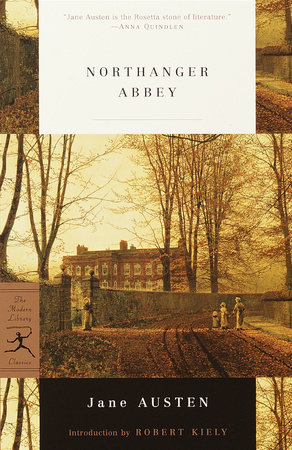 1. Robert Kilely, in his Introduction, says that although Northanger Abbey satirizes gothic novels, what?s more significant about it is the manner in which Jane Austen bases her narrative on conversation. How is conversation used in the novel as a narrative device? How does conversation both aid and hinder the characters?

2. Jane Austen deftly shifts voices so as to allow us to see the world through Catherine?s eyes and her own eyes (often through Henry Tilney). What effects does this have on the reader?

4. It can be argued that Henry Tilney is a foil to John Thorpe. What other characters serve as foils to each other? Does Catherine have a foil?

5. Consider the use of sarcasm in the novel. How does Henry Tilney?s sarcasm force Catherine to think things through more thoroughly and expand her values and notions?

7. One of the major elements in Northanger Abbey is reading, particularly reading novels. What are some of the differences between novels and reality that Austen is discerning? Is she convinced that novels are worthless? What is surprising about the way novels were perceived in the early nineteenth century?

8. ?No one who had ever seen Catherine Morland in her infancy, would have supposed her to be a heroine,? Jane Austen writes in her opening paragraph. Do you agree that Catherine is a heroine? How does she develop through the novel and what does she learn about her self and the world around her?

Tess of the D’Urbervilles
Back to Top