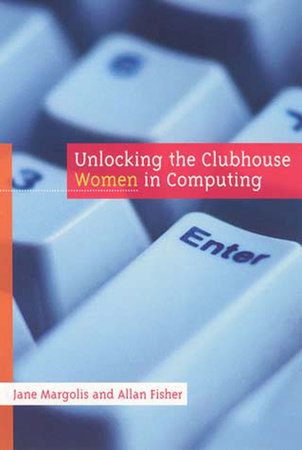 By Jane Margolis and Allan Fisher

By Jane Margolis and Allan Fisher

About Unlocking the Clubhouse

Understanding and overcoming the gender gap in computer science education.

The information technology revolution is transforming almost every aspect of society, but girls and women are largely out of the loop. Although women surf the Web in equal numbers to men and make a majority of online purchases, few are involved in the design and creation of new technology. It is mostly men whose perspectives and priorities inform the development of computing innovations and who reap the lion’s share of the financial rewards. As only a small fraction of high school and college computer science students are female, the field is likely to remain a “male clubhouse,” absent major changes.

In Unlocking the Clubhouse, social scientist Jane Margolis and computer scientist and educator Allan Fisher examine the many influences contributing to the gender gap in computing. The book is based on interviews with more than 100 computer science students of both sexes from Carnegie Mellon University, a major center of computer science research, over a period of four years, as well as classroom observations and conversations with hundreds of college and high school faculty. The interviews capture the dynamic details of the female computing experience, from the family computer kept in a brother’s bedroom to women’s feelings of alienation in college computing classes. The authors investigate the familial, educational, and institutional origins of the computing gender gap. They also describe educational reforms that have made a dramatic difference at Carnegie Mellon—where the percentage of women entering the School of Computer Science rose from 7% in 1995 to 42% in 2000—and at high schools around the country. 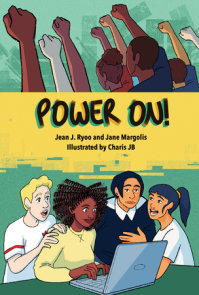 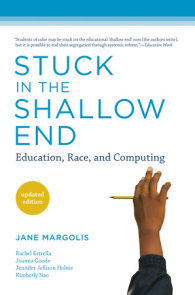 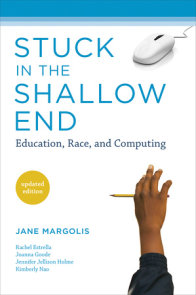 See all books by Jane Margolis

…a highly influential and celebrated study of women in computer science…—Scott Carlson, The Chronicle of Higher Education—

This work proves that…by viewing computer science from different angles, we can attract a broader cross-section of society…