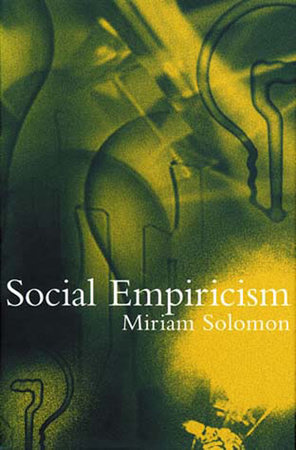 For the last forty years, two claims have been at the core of disputes about scientific change: that scientists reason rationally and that science is progressive. For most of this time discussions were polarized between philosophers, who defended traditional Enlightenment ideas about rationality and progress, and sociologists, who espoused relativism and constructivism. Recently, creative new ideas going beyond the polarized positions have come from the history of science, feminist criticism of science, psychology of science, and anthropology of science. Addressing the traditional arguments as well as building on these new ideas, Miriam Solomon constructs a new epistemology of science. After discussions of the nature of empirical success and its relation to truth, Solomon offers a new, social account of scientific rationality. She shows that the pursuit of empirical success and truth can be consistent with both dissent and consensus, and that the distinction between dissent and consensus is of little epistemic significance. In building this social epistemology of science, she shows that scientific communities are not merely the locus of distributed expert knowledge and a resource for criticism but also the site of distributed decision making. Throughout, she illustrates her ideas with case studies from late-nineteenth- and twentieth-century physical and life sciences. Replacing the traditional focus on methods and heuristics to be applied by individual scientists, Solomon emphasizes science funding, administration, and policy. One of her goals is to have a positive influence on scientific decision making through practical social recommendations.

Social Empiricism is not only important but short, clear, lively, and well-supported by case studies…. Perhaps most importantly, as Solomon herself points out, her arguments have long-range implications for science funding, administration, amd policy. This book will serve well both philosophers and their students.—Catherine Hundleby, Philosophy in Review—