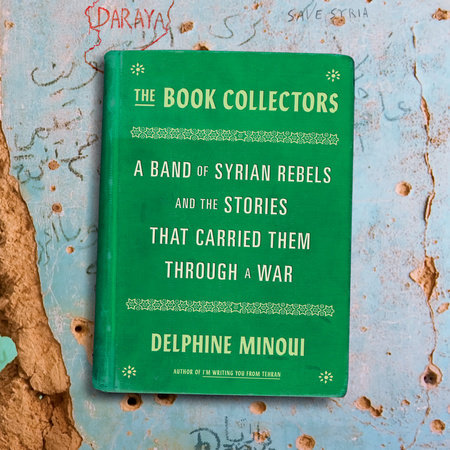 About The Book Collectors

“An urgent and compelling account of great bravery and passion.” ―Susan Orlean

Award-winning journalist Delphine Minoui recounts the true story of a band of young rebels, a besieged Syrian town, and an underground library built from the rubble of war

Reading is an act of resistance.

Daraya is a town outside Damascus, the very spot where the Syrian Civil War began. Long a site of peaceful resistance to the Assad regimes, Daraya fell under siege in 2012. For four years, no one entered or left, and aid was blocked. Every single day, bombs fell on this place―a place of homes and families, schools and children, now emptied and broken into bits.

And then a group searching for survivors stumbled upon a cache of books in the rubble. In a week, they had six thousand volumes; in a month, fifteen thousand. A sanctuary was born: a library where people could escape the blockade, a paper fortress to protect their humanity.

The library offered a marvelous range of books―from Arabic poetry to American self-help, Shakespearean plays to stories of war in other times and places. The visitors shared photos and tales of their lives before the war, planned how to build a democracy, and tended the roots of their community despite shell-shocked soil.

In the midst of the siege, the journalist Delphine Minoui tracked down one of the library’s founders, twenty-three-year-old Ahmad. Over text messages, WhatsApp, and Facebook, Minoui came to know the young men who gathered in the library, exchanged ideas, learned English, and imagined how to shape the future, even as bombs kept falling from above. By telling their stories, Minoui makes a far-off, complicated war immediate and reveals these young men to be everyday heroes as inspiring as the books they read. The Book Collectors is a testament to their bravery and a celebration of the power of words.

Listen to a sample from The Book Collectors 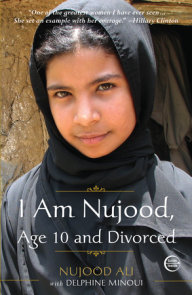 See all books by Delphine Minoui

DELPHINE MINOUI, a recipient of the Albert Loudres Prize, has been covering Iran and the Middle East since 1997. She lives in Beirut.