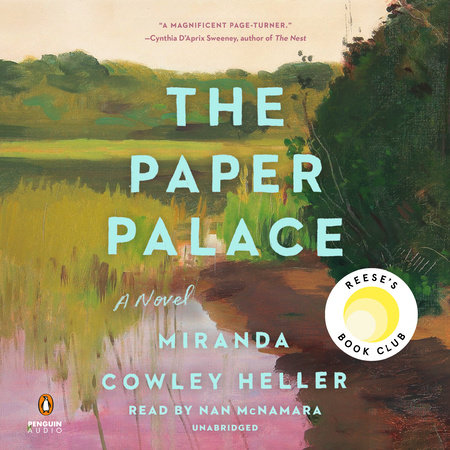 1. In The Paper Palace, desire and duty are put to the test when Elle Bishop has to choose between the life she always believed she was meant to have with her oldest friend Jonas, and the life she has with her loving husband Peter. Compare and contrast Elle’s relationship with both. What does she get from each?

2. The novel is set in Cape Cod, a setting the author describes with vivid intimacy. In what ways has this place grounded and shaped the lives of the Bishops?

3. The Paper Palace unfolds over twenty-four hours, and fifty years: one day in Elle’s life, and the moments that lead to this day. What do we gain through multiple timelines that we otherwise would not?

4. In the multigenerational story, we see the reverberations of the choices made by grandparents and parents, and the scars they have left on Elle herself. In what way do those scars reveal themselves, and is it possible to break the cycle?

5. The individuals who find themselves at The Paper Palace are as susceptible to the elements as the house is. Consider adult Elle and Jonas’s intimate beach scene, their dangerous sailing trip, etc. What role do nature and the weather play in the story? How is the outside, natural world used to echo Elle’s interior journey?

6. Secrets are at the heart of the novel: the acts that create them, the decisions to keep them hidden. What is the outcome of keeping secrets and how do we see that play out within the novel? Why do you think Elle keeps the secrets that she does from her family? From Peter? Think of a time when you kept a secret. Was it harmful or helpful?

7. The novel is called The Paper Palace. Why? What parallels exist between the camp and the people who inhabit it?

8. How did you interpret the ending? For you, was the major plot of the novel about Elle choosing between two men, or choosing different versions of herself? Explain.

The Book of Two Ways

The Love of My Life

The Giver of Stars
Back to Top