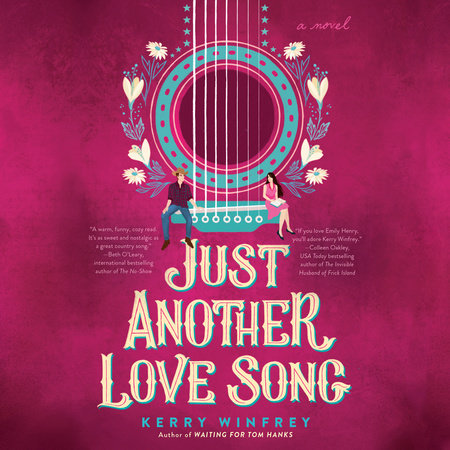 
1. What career dreams did you have when you were in high school? Did you end up following those dreams or did you find something new?

2. Sandy and Hank both want to leave Baileyville and live somewhere more “exciting,” but only Hank leaves. When you were younger, where did you think you would end up living?

3. If you had to decide between living in a town where you know everyone or traveling the country, which would you choose? Why?

4. Sandy’s mom runs an Ohio-themed bed-and-breakfast. If you opened a B&B, what would the theme be?

5. If Hank hadn’t moved away, or if Sandy had gone with him, do you think they would’ve stayed together? Do you think their time apart
helped them become ready for a lasting relationship?

6. Sandy mostly gives up on painting because it’s a painful reminder of her past, but eventually she comes back to it. Are there any interests
that you gave up when you got older, and what do you think would happen if you started pursuing them again?

7. Hank says that he didn’t really need to go to college to pursue music, and Sandy’s career isn’t directly related to her marketing degree. Although both of them thought they knew what they wanted out of life when they were teenagers, it took them a while to figure out viable careers. Do you think we put too much pressure on teenagers to figure out their whole lives before they even start college?

8. Sandy has two men who’ve written songs about her. If someone wrote a song about you, do you think it would be a love ballad or a brutal breakup song?

9. If you were in Sandy’s position and had a chance to go on tour with Hank, what would you do?

10. What do you think the future holds for Hank and Sandy? Do you think they’ll stay in Baileyville?
Learn More About Just Another Love Song
print

Something to Talk About

Lost, Found, and Forever
Back to Top