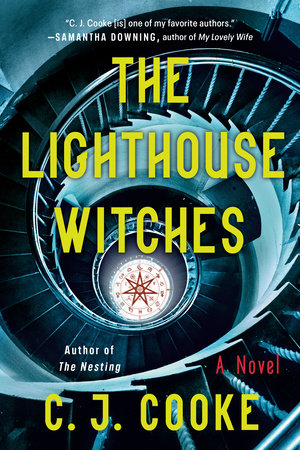 
1. The island of Lòn Haven is described as having a “Viking soul.” How does this setting shape the story? In what ways does it seem to affect the characters who live there?

2. Discuss Saffy’s relationship with her mother. Why do you think she hates her so much?

3. Why do you think Luna is so reluctant to marry Ethan?

4. How is motherhood explored throughout the novel? How does Liv feel about it, and why do you think that is? Do her feelings change?

5. How do you think Patrick’s experiences affected him? What did you think about his actions toward Liv?

6. At one point in the novel, Liv asks Isla why she stays on Lòn Haven, given its history of disappearances, including Isla’s little brother. Why do you think Isla stayed?

7. Patrick is astonished when his mother agrees to the charges against her. Why do you think the women who were accused of being witches agreed to their charges?

8. Why do you think people continued to believe in the wildling myth for as long as they did?

9. Liv confesses that she came to Lòn Haven both to take the commission at the lighthouse and because she was running from something. Why do you think she was running? Did you agree with her reaction?

10. How do you think Rowan’s accusation of Finn would have affected him?

11. At the end of the novel, Saffy feels she can find a rational explanation for the reason why she “bounced forward.” What do you think
happened?

12. Liv writes to Luna that “forgiveness is a kind of time travel.” What do you think she means by this? Do you agree with her philosophy?
Learn More About The Lighthouse Witches
print

Of Claws and Fangs

The Year of the Witching

Smolder
Back to Top