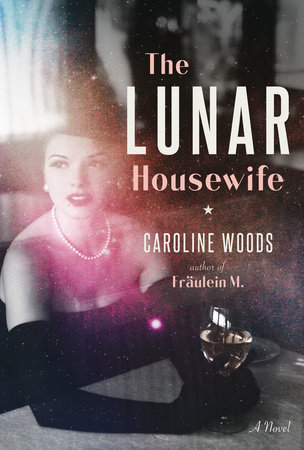 1. What did you know about the CIA’s interference in the arts, literature, and music before picking up this book? What more would you like to know?

2. Louise is initially determined to hide her past as a waitress from her boyfriend and new colleagues. What roles do sexism and classism play in her decision to lie to Joe about her background? Do you think this was the right thing to do?

3. From the very first chapter, Joe gaslights Louise, convincing her she’s either crazy or imagining things every time she’s close to figuring out the truth. How have you been gaslit in your own life? Have you figured out any effective ways to shut down gaslighting?

4. Black authors like James Baldwin and Langston Hughes were among the most censored and surveilled writers of the Cold War era, largely because the CIA and FBI were afraid their critical takes on American society would make the U.S. look bad abroad. In what ways do you see this same tension continuing today?

5. Louise struggles to define herself in opposition to the other women in the novel: Beverly and Glenys, neither of whom she wants to be. How did Beverly and Glenys surprise you, and what are some things you think all three women have in common?

6. Ernest Hemingway makes a big cameo in The Lunar Housewife, serving as an unexpected friend and ally to Louise. What did you make of his assertion that “there’s great freedom in being a girl”? How does he operate in and outside the rampant sexism at play in this novel?

7. While they are on the moon together, Sergey tells Katherine that she’s making the same amount of money he is to do housework in the lunar colony. In the 1970s there was a push by some feminists to compensate women for unpaid domestic labor. What are your thoughts on this—would it represent a step forward, or a step backward, for women? Has the COVID-19 pandemic shifted your thinking on this at all?

8. Louise’s novel begins to change in response to what’s happening in her own life. Which parts of The Lunar Housewife do you read as a direct response to what she’s learned about Joe, Harry, and the country as a whole?

9. What do you think happened to Harry? How much do you think Joe knew about it, and how culpable was he if there was foul play? Do you believe Joe continues to gaslight Louise through their final interaction, or is there ever a point at which he tells the whole truth?

10. What did you make of Glenys’s statement about Harry’s infidelity: “It all goes with being married to a brilliant man. Someday I’ll be happy I had a part in his story.” What would you have done in Glenys’s position? Can you think of famous men known for their bad behavior, who’ve been forgiven for their indiscretions because of their talents? Are women allowed this same indulgence?

11. Discuss the ways motherhood, pregnancy, and childbirth shape the novel. How do Louise and the other women in the novel think of themselves at each stage? How do they view one another? How does Louise’s relationship with her own mother change?

12. Those who have read A Farewell to Arms may remember that the death-in-childbirth scene is told from a male perspective. How might Louise’s own experience in childbirth have inspired her to essentially rewrite his ending in her own novel?

13. The two couples in The Lunar Housewife—Louise and Joe and Katherine and Sergey—are given very different endings. What do you take away from the ending Louise grants Katherine? What messages might she have been sending to Joe?

14. Trust is a major theme in the novel. Is there anyone Louise can trust? Why do you think she trusted or didn’t trust the other characters? How do you react when you find out your trust has been misplaced?

The Summer of Katya

Poppy Redfern and the Midnight Murders
Back to Top