Some of It Was Real Reader’s Guide 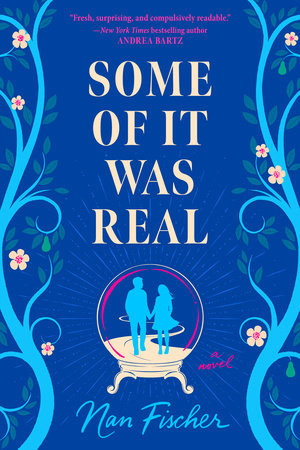 Some of It Was Real Reader’s Guide

print
Some of It Was Real Reader’s Guide

Reader’s Guide
Some of It Was Real by Nan Fischer
Discussion Questions:


1. Sylvie and Thomas both struggle with Impostor Syndrome—the persistent inability to believe that one’s success is deserved or has been legitimately achieved. Have you ever suffered from Impostor Syndrome? If so, how did you overcome your fears and embrace your abilities?

2. Early in the novel, Sylvie calls Thomas “Doubting Thomas” because he only believes what he can see, touch, and prove. Do you require proof to believe things, or can you rely on faith?

3. Sylvie has no memories before the age of six until she unlocks her past. What is the earliest memory you have? Have your first memories shaped your perception of who you are in the world?

4. Have you ever visited with a psychic, tarot card reader, or palm reader? What was that experience like, and did you leave with answers or more questions?

5. Where does the tension between Thomas and Sylvie stem from, beyond Thomas’s desire to prove she’s a fraud?

6. At the start of the novel, Sylvie is unsure about her psychic abilities. What was your perception of her gift at the beginning of the story? Did it change by the last chapter?

7. Sylvie convinces herself that she’s still a good person because even when she researches audience members, she’s helping them overcome their grief. Do you believe Sylvie’s intentions make her actions ethically good, or did you disapprove because of her ulterior motives?

8. Sylvie discovers a massive lie that changes the way she remembers her upbringing. If you had a happy childhood and learned as an adult that you were told a lie that might change your perception of your life, would you want to know the truth? Or would you choose to preserve your memories at any cost?

9. If you had the chance to sit in Sylvie’s audience and she called on you for the final reading of her show, whom would you want to connect with?

10. Thomas realizes at the end of the novel that believing in Sylvie and her gift is a choice. Do you agree? How has this novel influenced your thoughts on whether or not psychics are legitimate?
Learn More About Some of It Was Real
print

That’s What Frenemies Are For

Once Upon a Time, There Was You

Laughter in the Rain

The Plus One
Back to Top