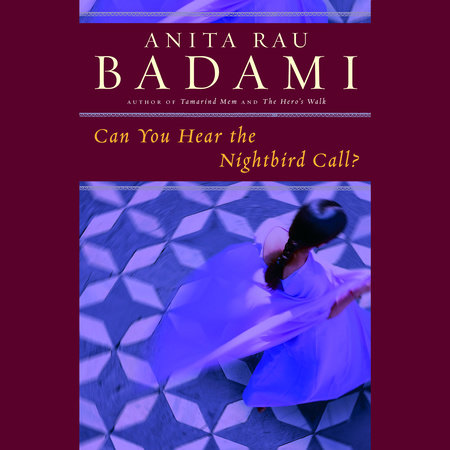 About Can You Hear the Nightbird Call?

Anita Rau Badami’s acclaimed novel Can You Hear the Nightbird Call? chronicles the stories of three women, linked in love and tragedy, over a span of fifty years, sweeping from the partition of India and Pakistan in 1947 to the explosion of Air India flight 182 off the coast of Ireland in 1985. Alive with Badami’s warmth and humanity, and brimming with the daily sights and sounds of both Canada and India, this novel brilliantly conveys the tumultuous effects of the past on new immigrants, and the ways in which memory and myth, the personal and the political, become heartrendingly connected. 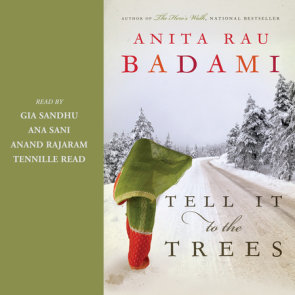 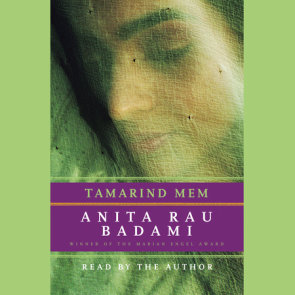 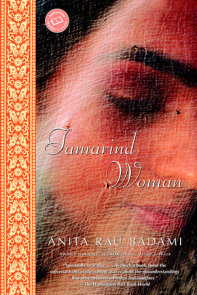 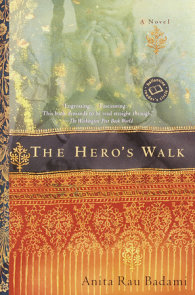 "Pulsates with humanity. . . . If you do manage to put this novel down, it’s probably only to compose yourself to keep on reading."
–Edmonton Journal

"Like Canada, Can You Hear the Nightbird Call? may be read on many levels, each of which illuminates a little more of who we are. . . . Rich in echoes and irony and questions, this is one book in the growing catalogue of books we need to read to understand ourselves."
–The Globe and Mail

"As Can You Hear the Nightbird Call? shows, the enduring state of ‘in-between’ that is part of both immigrant life in Canada and Sikh life in post-partition India is equally rich in the complex joy of struggle and the possibility for tension, misunderstanding, and, sometimes, violence."
–Calgary Herald

"Anita Rau Badami has scored again with Can You Hear the Nightbird Call?"
–Edmonton Journal

"Nightbird brilliantly tells the timeless story of immigrants who face hardship as they try to build new lives, straddling two worlds and never really fitting into either."
–The Vancouver Sun

Praise for The Hero’s Walk:
"A powerful, heady mix of brilliant characters, poignant reality, and a rare depth of emotional integrity and commitment. . . . This is a book you will want to explore and savour."
–The Telegram (St. John’s)

"A big-hearted and compulsively readable novel. . . . [Badami is] a gifted observer of the human comedy."
–Toronto Star

Can you tell us how you became a writer?
I started writing when I was a schoolgirl growing up in India. I had always been an avid reader and often imagined the excitement of being the author of one of those books that I enjoyed so much. I studied in schools run by nuns and our English teachers assigned us essays on mundane topics such as “the sea” or “what I did during my summer vacations.” I found it far more interesting to embroider the boring facts that I was obliged to write for these assignments and make up stories instead. Naturally that led to trouble with the nuns for taking liberties with the truth and expanding the scope of my assignment so drastically in the process! I suppose you could say that it was the beginning of my life as a writer of fiction.

Later, when I was eighteen, I had a short story published in a popular women’s magazine and after that there was no looking back. I wrote non-fiction regularly for newspapers and journals and short stories for children’s magazines. It was only after I left India and arrived in Canada that I began to write novels for an adult audience.

What inspired you to write this particular book? Is there a story about the writing of this novel that begs to be told?
Can You Hear the Nightbird Call? began a long time ago – on November 1, 1984, to be precise. Its foundations are horror, sorrow and even a kind of guilt. I was on my honeymoon in a hill-resort called Dehradun near Delhi when the news filtered through to us that Indira Gandhi, then prime minister of India, had been assassinated by two of her bodyguards, both Sikh men. Earlier that year, Mrs. Gandhi had decided to send the Indian army into the Golden Temple, the most sacred of Sikh shrines, to remove armed Sikh extremists who were hiding inside. Her enraged bodyguards murdered her in revenge for that decision.

The day after the assassination, we had caught a bus down from Dehradun to Delhi, not even remotely expecting the chaos that was to descend on that city, as there had been little indication of any impending trouble on television or radio. The first inkling we had of the ominous situation that was developing all over the country (particularly in Delhi and the area surrounding it) was at the bus-station, when the driver asked all his Sikh passengers to get off and go home; he had heard that it was not safe for them to be seen outside with their distinctive turbans and beards. Then, on the way to Delhi, we saw fires spiralling up from shops and taxi stands at various small towns. Smoke hung thick in the air. Everything had a shuttered look and there were not many people around. In Modinagar, a town close to Delhi, we saw a Sikh man standing on a bridge over a dry stream, his turban removed, his long hair unbound, his arms pinned to his sides by a car tire, surrounded by a group of hoodlums. Somebody tossed something at him and the next moment the man was on fire. His body arched over the low wall of the bridge and one of the thugs who had set him alight leaned forward and shoved him with a crowbar so that he dropped over the edge. I can still feel the shock that ran through me at that casual brutality – something that would be repeated many times over the next few days as Delhi erupted in an orgy of violence against the Sikhs of the city.

In June of the following year, Air India Flight 182, carrying more than three hundred Canadians, mostly of Indian origin, en route to India, exploded over the Atlantic Ocean, killing all its passengers. This remains the single largest act of air terrorism in the world and was believed to be in response to the killing of Sikhs in the aftermath of Indira Gandhi’s death in India.

By peculiar chance, this terrible tragedy affected me indirectly as well. One of the victims was our neighbour in Chennai, India, where I lived at the time.

For nearly seventeen years the memory of the man on the bridge has haunted me and will continue to do so even though I have attempted to translate the horror into words on the page. Some things can never be written away.

What is it that you’re exploring in this book?
I have often been struck by the tragedy of the ordinary person who ends up being a victim of wars and acts of terror caused by governments or the groups who oppose them. In this book I have tried to tell the stories of three such women – Bibi-ji, Leela, and Nimmo –whose lives are affected by the politics of the Punjab. Histories and memories and terrors intersect, reach out across borders, continents and oceans and destroy each one of them.

Who is your favourite character in this book and why?
This is a hard question for a novelist to answer. Each of the three women is created from somewhere deep within me and I enjoyed living their lives on the page. That said, I must admit that I am slightly partial towards Nimmo. There is no particular reason for this partiality other than that she came to me first with her life and story.

Are there any tips you would give a book club to better navigate their discussion of your book?
Fall into the lives of these three women and weep with them. Other than that I have no other advice.

What question are you never asked in interviews but wish you were?
Hard to say, as each book demands a different set of questions. One that I wish people would not ask: Is this a true story?

Has a review or profile ever changed your perspective on your work?
I can’t say it has, really.

Which authors have been most influential to your own writing?
I admire many authors for different reasons, but cannot claim to have been influenced by their writing in any particular way. These authors have, however, inspired me to want to use language, character and plot-lines as inventively or exquisitely as they have done in certain of their books. Here’s a brief list in no particular order of preference: Salman Rushdie, V.S. Naipaul, Michael Ondaatje, Margaret Atwood, Saul Bellow, Harper Lee…

If you weren’t writing what would you want to be doing for a living? What are some of your other passions in life?
I would have been an artist or a gardener. My only other passion is reading.

If you could have written one book in history, what book would that be?
Hard to say. There are too many books I admire enormously and envy just as much!

Looking for More Great Reads?
21 Books You’ve Been Meaning to Read
Download Hi Res
Can You Hear the Nightbird Call?