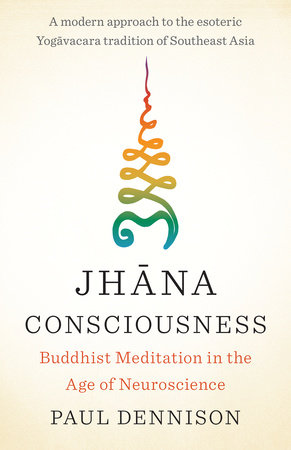 Buddhist Meditation in the Age of Neuroscience

States of profound meditative concentration, the jhānas are central to the earliest Buddhist teachings. For centuries in Southeast Asia, oral yogāvacara (yoga practitioner) lineages kept traditional jhāna practices alive, but in the nineteenth and twentieth centuries, reforms in Theravāda Buddhism downplayed the importance of jhāna in favor of vipassanā (insight) meditation. Some began to consider the jhānas to be strictly the domain of monastics, unattainable in the context of modern lay life. In recent years, however, there has been a resurgence of interest in the jhānas, and as researcher Paul Dennison shows, the esoteric and sometimes “magical” pre-reform practices of Southeast Asia hold powerful potential for modern lay practitioners living in a more scientifically minded world. Drawing on traditional Buddhist doctrine, teachings from lesser-known meditation texts such as the Yogāvacara’s Manual, and findings from the first in-depth, peer-reviewed neuroscience study of jhāna meditation, Dennison unpacks this ancient practice in all its nuance while posing novel questions about perception, subjectivity, and the nature of enlightenment.

“The ancient traditions of Thai jhāna practice (borān kammaṭṭhān) have been thought lost or forgotten. Dennison’s remarkable book shows how they are still being practiced and thrive—often outside Asia. Drawing on personal recollection, meditative experience, and his neurological research, long-time meditation teacher and psychotherapist Paul Dennison tells us his inside story: of the early years of samatha-vipassanā meditative practice in the UK and of friendships with Trungpa, Ato Rinpoche, and Anandabodhi (Namgyal Rinpoche). Primarily, however, he explores the practice of deep jhāna and formless meditation, with teachings he has received from Nai Boonman (Poonyathiro). The sophistication and depth of these early techniques, and of Boonman’s teachings, are made clear through dramatically effective EEGs—Dennison links his peer-reviewed research in this area with personal experiences of meditation. An unusual and important book that places the often-mysterious samatha texts of Theravāda in their natural, living context.”—Sarah Shaw, author of The Art of Listening

“This book is a remarkable deconstruction of sentience from the dual perspectives of Buddhism and contemporary neuroscience. The author—fluent in both fields— describes the first scientific study of jhāna meditation and establishes a compelling consilience between the Buddhist model of dependent origination and current formulations of self-organization in the active inference framework of neuroscience. Given that Buddhist meditation practices have been conserved for over 2,500 years, the Buddhist model can probably claim precedence. Dennison offers many intriguing and foundational insights into the mind, brain, and the illusory nature of selfhood. Perhaps, the most remarkable is that certain brain states—usually associated with sleeping, dreaming, and indeed epilepsy—can be invoked at will by skilled practitioners, confirming the human ability to withdraw oneself from the exteroceptive sensorium and control the brain’s attentional processes. This is the holy grail of many psychotherapies—a holy grail that we now know exists, thanks to Dennison’s brilliant synthesis. Beyond the profound therapeutic implications of this thesis, there are some fundamental observations about selfhood. Perhaps my favorite is that ‘it might be argued that both Buddhist and active inference models support the view that the cognitive conclusion that ‘I am’ and ‘I do’ is both impermanent and has no ultimate reality.” I am sure this is absolutely correct.”—Karl Friston, professor of neuroscience, University College London

“Paul Dennison’s book is a compelling reflection on the practice and significance of Buddhist jhāna, uniquely informed by his own practice of meditation over nearly sixty years as well as by his ground-breaking EEG study of meditators practicing a form of mindfulness of breathing introduced to the UK from Thailand in the 1960s. Dennison suggests that this form of practice preserves important elements of older traditions of Buddhist meditation practiced across Southeast Asia prior to the monastic reforms that promoted new forms of insight meditation divorced from jhāna. He argues that these older practices embody an ancient understanding of jhāna as a disengagement from our habitual sensory consciousness that is deeply affecting and initiates a transformation in our understanding of who we are. This is a significant contribution to modern discussions of meditation and consciousness.” —Rupert Gethin, professor of Buddhist studies, University of Bristol

“Paul Dennison has practiced and taught meditation for over 50 years, pursuing the deep states (jhānas) that are the core of samadhi, itself the core of the Buddhist path to awakening. In this groundbreaking exposition of the jhānas and their brain-state correlates, Paul fuses science and praxis. As a practitioner, he describes the jhānas from the inside out; as a scientist, he explains ‘withdrawal from sensory consciousness’ from the outside in. As a meditation teacher, he is a lucid guide to the qualities of the jhānas. This book is an opening to a new understanding of an ancient tradition.”— Chris Gilchrist, trustee of The Samatha Trust

“Dennison’s work would be of enormous value were it only for the light it shines on the growth of the samatha tradition in the UK, with its distinctive and intricate understanding of jhāna consciousness. He presents a lucid analysis of the conscious states experienced by meditators in this tradition, which includes insights that profoundly enrich the contemporary discourse on the nature of consciousness. But the book’s original contribution is enhanced by Dennison’s incorporation of EEG research—giving rise to his ‘neurodhamma’ perspective, which significantly furthers the dialogue between science and spirituality that is of such importance in our day.”—B. Les Lancaster, founding director of the Alef Trust and emeritus professor of transpersonal psychology, Liverpool John Moores University

“This is a remarkable book. Its depth of engagement, drawn on a lifetime’s meditation experience in breathing mindfulness within the Theravāda tradition, as well as long exploration of some of the more esoteric practices almost lost in the reforms of the last century, is illuminated by contemporary neuroscience and psychoanalysis. There is no more compelling introduction to the richness of Theravāda meditation and its contemporary relevance.”—Professor Jaś Elsner, Oxford University