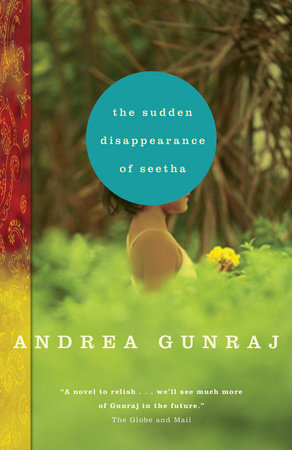 About The Sudden Disappearance of Seetha

Neela Keetham and her brother Navi yearn to escape their hometown of Marasaw. Living with their grandmother after their mother had left years before to find work abroad, they struggle against the poverty and limited opportunities available in Marasaw. Navi hopes to prosper from his talent as a math prodigy, while Neela constantly battles to find some talent to rival her brother’s.

Despite the support of their grandmother and friends, both Navi and Neela find that escaping their circumstances, much less their past, is no easy task. The siblings make their separate ways out of Marasaw, but each must make sacrifices and damaging compromises along the way. They also learn dark and dangerous truths about each other, driving them apart in fear and anger.

As Navi and Neela work tirelessly to create new lives for themselves, the outside world, far from being a paradise, is revealed as more punishing and unfair than the world they left behind. Navi wins a prestigious government internship, but his success ironically snuffs out the opportunity for a lasting, loving relationship with a fellow intern. On the strength of rumours and the word of her boyfriend Jaroon, Neela daringly makes her way to a resort town hidden in the rainforest to work as a teacher, only to find that this “Eden,” and Jaroon, are not what they seem.

Chastened and wiser for their experiences, Neela and then Navi are both forced by circumstances to return home. The disappearance of Neela’s daughter, Seetha, leads them back to each other and into the complex and mysterious bonds of family. To save Seetha, Neela and Navi must attempt to heal their damaged relationship and along the way they discover that in the cruel and imperfect world in which they live, hope may still prevail.

Andrea Gunraj is a community outreach worker for METRAC (www.metrac.org), which promotes the rights of women and children to live free from violence and the threat of violence. Her parents immigrated from Guyana, a region whose culture and politics have… More about Andrea Gunraj

"The Sudden Disappearance of Seetha announces the arrival of a wonderful storyteller. The dynamics of the relationship between Navi and Neela, a brother and a sister, and how their individual lives play out show that fate is unalterable depending on one’s social standing in life. Andrea Gunraj has written a book that you won’t be able to put down — a thrilling and excellent read."
—Musharraf Ali Farooqi, author of The Story of a Widow

“This is certainly a novel to relish, and I’m sure — I hope — we will see much more of Gunraj in the future.”
— The Globe and Mail

What was the inspiration for this novel? What was the first idea or spark that you recall?

My mother was a key inspiration. She was so quirky and unique. A lot of material had come from her – I remember her telling me stories about growing up back home in Guyana and her elaborate dreams of fruit and fish in the market.


Neela and Navi come from the fictional town of Marasaw and no country is named in the novel. What were your reasons for deliberately obscuring or generalizing the settings?

I represented the setting more generally because I thought it could reduce the “othering” dynamic, where a reader might think, “This is about people living in that place, over there. It’s not about my life here.” It’s so easy to read something and externalize it. But the themes in the book, both the interpersonal themes and the social-political themes, are quite common everywhere. I wanted people to be able to read and find themselves in it.


Describe the process of creating the array of characters and voices for The Sudden Disappearance of Seetha  – did you have specific examples or people in your own life to draw on?


You’ve said previously that you “don’t understand when people say they have ‘no regrets’ – how someone could live without regrets.” Do you think that regret, or perhaps a fear of regret, is as strong as or even stronger than the driving force of ambition or desire?

Regrets can be a hindrance and they can be a strong motivator. I believe they can be the underlying basis for many of our ambitions and desires, and I don’t think that’s a bad thing. As I’ve said before, I don’t think regrets themselves are the problem, it’s what we choose to do with them. If we wallow in them, they can become depressive and create self-pity. But if we act on them and try to make things better, I can only see that as something good.


You never explain the origins of Neela’s power, but we learn that it has passed from her mother, through Neela and down to Seetha. How would you define Neela’s power?

It’s not easy to define, and I didn’t bother to do that because I wanted it to stay a mystery. For me, the most important feature of their power is that these women were special. And they seemed to understand that they were special, at least at some point, but being special and possessing qualities that make you special aren’t really enough. You have to make conscious decisions to use whatever you’ve got in a positive way. And Neela and her mother didn’t, but the hope is that Seetha will.


Navi and Neela have a sibling rivalry that could be described as “success at any cost,” yet they end up with a restored, if uneasy, sibling bond by the end of the novel. Would you agree that despite their flaws and complexities, family relationships really do matter most of all?

Family relationships are certainly powerful and long lasting, whether we like it or not. They’re not easy to escape. But I don’t want to overemphasize the “blood bonds” here – people do create “intentional families” when their own flesh-and-blood families aren’t around or supportive of them, for whatever reasons. Those bonds can be just as powerful. Families are what we make of them.


Racism and the enduring legacy of colonialism are an undercurrent throughout the novel. Is this in any way a reflection of your own family’s experience, either in Guyana or in Canada?

We’re all touched by the impacts of racism and colonialism, either the privileges they afford to some or the dire oppressions they entail for everyone else. This holds true for Canada, being a product of colonialism and experiencing ongoing racial inequities. In a Caribbean context, they have led to underdevelopment and single industry economies, not to mention poverty, vulnerability and internalized oppression. Racism and colonialism have also created a “divide and conquer” dynamic, where racialized people war against each other instead of fighting against the real sources of our oppression. It’s something I couldn’t escape in The Sudden Disappearance of Seetha, and it has come out in the other Caribbean storytelling I’ve read.


You’ve said that Bible stories and parables influence your writing. Where do you see that influence most strongly at work in your storytelling?

I grew up going to church and reading the Bible, and when I began The Sudden Disappearance of Seetha, those Bible stories were with me. I have always been shocked by how honest the stories are; even the “heroes” have huge flaws and words are never minced. It’s no wonder, then, that the characters in my book wrestle with unpleasant tendencies we all deal with but rarely admit – selfishness, jealousy, ego, bitterness against those closest to us. I found myself wanting to write about people maturing beyond those things, even if they did it out of necessity, almost in spite of themselves.


In addition to writing, you also have done work on the issue of violence against women and girls. In what ways does it influence your writing?

I believe gender-based violence to be one of the biggest social problems and also one of the least recognized. Most people in Canada aren’t aware of the fact that one in two women will experience physical or sexual violence in their lifetime. So many people are impacted by it. We all know someone who has faced this violence and the gender oppression that is at the root of it. For me, it’s difficult to write about women’s lives and experiences without referring to this reality and challenging it in some way. It may be “the way things are” but it’s still not okay and we don’t need to accept it or buy into it uncritically.


What can you tell us about your next project?

It’s very different than The Sudden Disappearance of Seetha, but it’s still focused on experiences of Caribbean people – this time, set outside of the Caribbean. There’s just not enough writing like that being published these days, certainly not stories that challenge our assumptions and stereotypes, so that’s what I’m hoping to focus on.