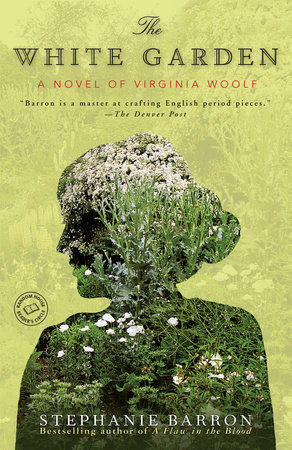 1. The White Garden is about uncovering long-buried truths. Is this a noble cause, or do you believe that the past is not meant to be dug up?

2. Have you ever discovered something about your ancestors after their death?

3. Why do you think Jock hid his secret from even his wife and granddaughter?

4. Who do you think the journal ultimately “belongs” to?

5. Out of all authors, living and dead, whose journal would you most want to read and why?

6. Both Virginia and Jock take pains to write their stories down. What power do you think is given to writing words down?

7. Who in the book do you believe is responsible for Virginia’s death? Do various characters share responsibility?

8. Do you agree with Peter in his criticism of the idea that “writing is akin to madness”?

9. Does Jo ultimately fulfill her goal of learning more about her grandfather?

10. What do you think can be revealed about a person through how they tend a garden? What do we learn about Jock? About Vita? About Imogen?

11. Do you think Grayson truly loves Jo? Do you see parallels between how he treats Jo and how Leonard treated Virginia, per the way Margaux describes him?

12. Do you think being a part of the immensely talented Bloomsbury group contributed to Virginia’s death? Would Virginia have been healthier as an “outsider” artist? Was it a benefit or a detriment that Vanessa was also part of the same group?

13. To whom does the White Garden mean the most? What does it mean to that character?

Of Blood and Sorrow

On the Savage Side

The Scent of Rain and Lightning

Murder at the National Cathedral

Safe in My Arms

I Did It For You

The Chatham School Affair
Back to Top