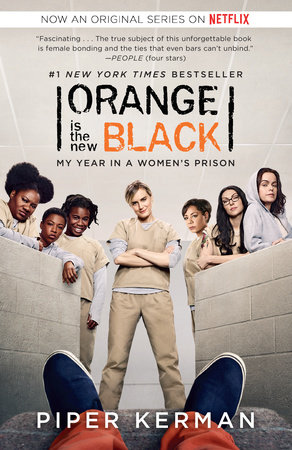 1. Piper, a graduate of Smith College and, arguably, an unlikely candidate for incarceration, gets involved in a drug ring shortly after graduation. This dangerous activity stands in sharp contrast to her previously safe, law-abiding life. What do you think precipitated Piper’s foray into crime? What might have made the drug world so enticing?

2. In Chapter 2, Piper seeks refuge from the underworld in San Francisco. What support does Piper have that allows her to change the direction of her post collegiate life successfully? How do her circumstances contrast with those of the women she meets in Danbury?

3. Piper is indicted for a crime she committed several years earlier and is sentenced to more than a year in prison. At the time of her incarceration, she is a self-aware woman with a steady job and solid, fulfilling relationships. Once Piper meets other prisoners, she expresses consternation over many of their sentences, which often seem disproportionate to the crimes committed. For example, prisoners receive fifty-four months for Internet fraud and two years for a marijuana charge, but a guard convicted of sexually abusing prisoners receives one month. Women from poor communities often seem to be serving much longer sentences than middle-class prisoners. How do these sentences, including Piper’s, fit in with your idea of prison’s role in society, and the purpose of punishment? What are the biggest crimes in this story, who commits them, and what is their punishment?

5. Piper’s first taste of prison comes when she surrenders herself to the guards at Danbury. Throughout the memoir, the prisoners endure a number of humiliating tasks at the hands of the guards—arguably, the most vivid being the naked squat/cough ritual after every visitation. Interestingly, though, the incidents that most affect Piper seem to be when one guard refuses to call her by her last name at mail call, sexual harassment from her boss on the electrical job, and a gruff, uncomfortable gynecological exam. Why do you think that is? How do these humiliating encounters shape her view of prison life and of the psychic effects of incarceration on prisoners?

6. The women in the prison have a very definite social system of their own. What purposes do those social systems serve for the prisoners? How do things like food and humor play a role in prisoners’ survival? What special strengths and vulnerabilities do women have when they are in tight-knit single-sex communities such as Danbury? How do you think the needs (emotional and otherwise) of incarcerated men and women differ, and how do their needs differ once they return home?

7. Piper has to learn the ins and outs of prison quickly. Her fellow inmates are nothing if not savvy prisoners. While the coping skills they teach Piper come in very handy behind bars, they don’t translate well into the free world. What kind of education were these women missing in prison? What skills could they have been given that would have helped them establish themselves as productive members of society? How can people convicted of felonies be successfully reintegrated into society?

8. At the end of Chapter 8, Piper discusses the relationship between guards and prisoners. How do you think prison guards can maintain their humanity when the very requirement of their job is to restrict the rights of individuals? Are there any guards or persons of authority in Piper’s story who favorably distinguish themselves by their behavior?

9. Clearly the author’s race, education, and socioeconomic status have an impact on her experience. Should that matter when we consider her story? Do those factors make her story more or less credible? What’s the difference between Danbury FCI, where the author spends most of her time, and the correctional facilities she is transferred to toward the end of the story? Does Piper change in these harsher environments?

10. Should prisons be run by private, for-profit corporations as they are in many states? It is currently legal to make a profit imprisoning the mentally ill, poor, and addicted—but is it ethical?

11. After reading Orange Is the New Black, do you think our prison system is successful? Do you think its dramatic growth over the last thirty years—nearly 400 percent more Americans in prison—is a good thing for the country? Why or why not? What do you think the author is trying to accomplish by telling her story?

Call the Midwife
Jennifer Worth

Hawaii
James A. Michener
Back to Top