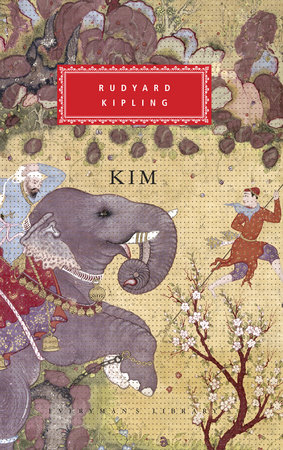 1. For decades many critics have shown great disdain for Kipling, equating his work with the idea that British imperialism was a righteous and justified act. Is this assessment fair? Was Kipling simply writing what he knew or structuring his literature on his political beliefs?

2. As Kim moves from the intellectual world of school to the spiritual world he finds with the lama later in the story, he continually questions who he is. Is this questioning simply that of a young orphan or does it hint at larger political unease?

3. What is the purpose of the prophecy Kim brings to the soldiers?

4. Is it surprising, given Kim’s spirituality, that he joins the Secret Service? How does he reconcile his two separate lives?

5. In a 1943 essay, critic Edmund Wilson referred to the ending of Kim as a “betrayal” of the relationship of the old man and the young Kim, which made the book more literary than a mere adventure story. Do you agree with this? Why or why not?

Lazarillo de Tormes and the Swindler

The Cossacks and Other Stories

The Arabian Nights, Volume I

The Portable Cervantes
Back to Top