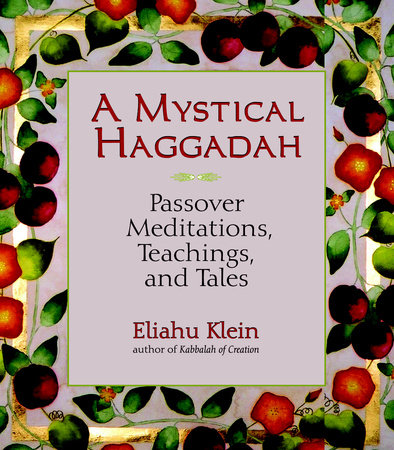 About A Mystical Haggadah

In a generation that has seen an explosion in popularity of books about mystical and meditative traditions, very little has been published about the rich and fascinating mystical traditions of the Jewish holy days. Passover, the first religious holiday of the Jewish people, particularly rewards a re-viewing from a mystical perspective. A Mystical Haggadah takes readers through the Passover ritual with Kabbalistic meditations and affirmations in a friendly, accessible format. This Haggadah also includes many Hassidic teachings and stories that have never been presented to the English reading audience. The book is especially valuable for its transliterations of all the major prayers and rituals, and is refreshing in its creative and spiritually-based adaptation and translation of the primary Haggadah text.

A Mystical Haggadah is for all spiritual seekers who wish to explore this root tradition of Judaism as a ritual of cosmic importance. The book is also for Jewish seekers of all denominations who wish to explore the mystical, meditative, and empowering aspects of Jewish traditions as seen through the rich and meaningful Passover eve Seder ritual.

“Steeped in the tradition of Kabbalah, the mystic branch of Judaism, Klein’s book sheds new light on old traditions and adds a contemplative aspect to often numbingly familiar stories; it’s sure to provide, if not enlightenment, then at the very least a little novelty at the traditional meal.”
—Kirkus Reviews

“Rabbi Klein brings us deeper into the ways of tikkun according to Kabbalah and Hasidism, than any other Haggadah in English. One of the great strengths of this Haggadah is that it reflects Rabbi Klein’s personal experience. He is particularly adept at weaving more abstract kabbalistic commentaries with stories and personal advice from Hasidic rebbes. A Mystical Haggadah can help teach us how to pray with activist feet, or at least rehearse the steps on Passover night.”
—Kennard Lipman, Tikkun magazine

“Rabbi Klein has penned a fascinating Haggadah according to the mystical traditions of Kabbalah and Hassidic masters…This is a deep and satisfying book that invites the reader to dive deeply into the Spirit behind the Seder.”
—Pan Spence, The Ohio Jewish Chronicle

“Chassidic tales, gematria, kabbalistic meditations and the traditional Haggadah text combine in A Mystical Haggadah…There’s a homey feel, it’s refreshing, and there are several items in it that you may wish to incorporate into your celebration.”
—Cynthia Ramsay, Jewish Independent

“This is a complex haggadah that stops at nearly every point in the telling of the Passover story to discuss the meaning and greater mystical significance of every action undertaken during the seder, as well as including the occasional story with lessons and miracles of harder, but more pious times…for those looking for inner meaning, they may well find it in this text.”
—Joel Magalnick, JTNews

“This elegant haggadah is filled with wondrous commentaries—many outside the realm of standard interpretations and comments—by a variety of kabalistic and Chassidic teachers.”
—Stephen S. Pearce, J Weekly

“[A Mystical Haggadah] stops at nearly every point in the telling of the Passover story to discuss the meaning and greater mystical significance of every action undertaken during the seder, as well as including the occasional story with lessons and miracles of harder, but more pious times.

“Rabbi Klein borrows from Chassidic masters and features descriptions of his own experiences, providing meditations every step of the way while he blesses God and the shechinah….

“…[T]hose looking for inner meaning may well find it in this text.”
—Diana Brement, JTNews

1. Introduction: Autobiographical Reflections 1
What Is Contained in This Haggadah? 6
2. The Ritual of Hunting for Khametz 8
The Search for Khametz 8
Burning the Khametz Ritual 11
3. The Ritual of Eruv Tavshilin 13
4. Blessing of the Candles 15
5. The Passover Seder: Fifteen Steps toward Illumination 17
Prelude to the Seder: A Hassidic Tale of Faith, Devotion, and Courage 17

Bibliography: Annotated List of Sources 173
Glossary 179
About the Author 189