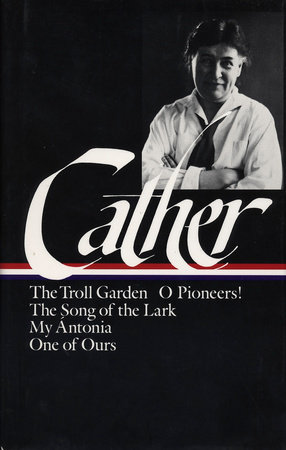 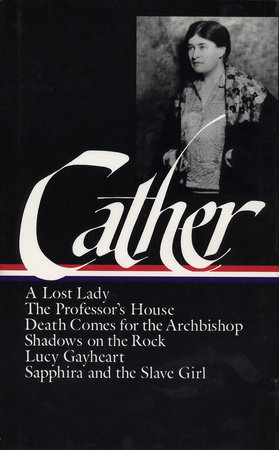 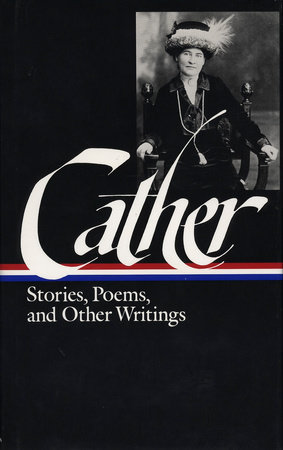 This Library of America volume collects six novels by Willa Cather, who is among the most accomplished American writers of the twentieth century. Their formal perfection and expansiveness of feeling are an expression of Cather’s dedication both to art and to the open spaces of America.

A Lost Lady (1923) exemplifies her principle of conciseness. It concerns a woman of uncommon loveliness and grace who lends an aura of sophistication to a frontier town, and explores the hidden passions and desires that confine those who idealize her. The recurrent conflict in Cather’s work between frontier culture and an encroaching commercialism is nowhere more powerfully articulated.

The Professor’s House (1925) encapsulates a story within a story. In the framing narrative, Professor St. Peter, a prizewinning historian of the early Spanish explorers, finds himself disillusioned with family, career, even the house that reflects his success. Within this story is another, of St. Peter’s friend Tom Outland, whose brief but adventurous life still shadows those he loved.

Death Comes for the Archbishop (1927) tells the story of the first bishop of New Mexico in a series of tableaux modeled on the medieval lives of the saints. Cather affectionately portrays the refined French Bishop Latour and his more earthy assistant within the harsh and beautiful landscape of the Southwest and among the Mexicans, Indians, and settlers they were sent to serve.

Shadows on the Rock (1931), though its setting and subject are unusual for Cather, expresses her fascination with the “curious endurance of a kind of culture, narrow but definite.” It is a re-creation of seventeenth-century Québec as it appears to the apothecary Auclaire and his daughter Cécile: the town’s narrow streets, the supply ships on its great river, its merchants, profligates, explorers, missionaries, and towering personalities like Frontenac and Laval, all parts of a colony struggling to survive.

Lucy Gayheart (1935) returns to the themes of Cather’s earlier writings, in a more somber key. Talented, spontaneous, and eager to explore the possibilities of life, Lucy leaves her prairie home to pursue a career in music. After a happy interval, her life takes an increasingly disastrous turn.

Sapphira and the Slave Girl (1940) marks a triumphant conclusion to Cather’s career as a novelist. Set in Virginia five years before the Civil War, the story shows the effects of slaveholding on Sapphira Colbert, a woman of spirit and common sense who is frighteningly capricious in dealing with people she “owns,” and on her husband, who hates slavery even while he conforms to the social order that permits it. When through kindness he refuses to sell a slave, Sapphira’s jealous reaction precipitates a sequence of events that registers a conflict of cultural as well as personal values.

“Let your fiction grow out of the land beneath your feet.” Willa Cather’s remark describes her own reasons for re-creating in her works the Nebraska frontier of her youth. Set on the vast northern Great Plains, where the earth has only recently come beneath the plow, the stories and novels in this Library of America volume partake of an impressive physical space and a uniquely American ethnic. Panoramas of lonely prairie and open sky reflect the heroic aspirations and stoicism of her characters and the rebelliousness of their spirit.

The Troll Garden (1905) was Cather’s first book of fiction. It contains seven stories, including the justly famous “Paul’s Case,” a study of a young man who escapes the world of the ordinary and briefly tastes the life of romance. Also included is “The Sculptor’s Funeral,” about a world-famous young artist who remains without honor in his native town.

O Pioneers! (1913) is the story of a young Swedish-American girl, Alexandra Bergson, who is left to manage the homestead farm when her father dies. Although she must contend with the shiftlessness of two brothers and the brutal murder of a third, her instinctive identification with the forces of nature helps bring the land to abundant fruition, and she finds her own happiness in a kindred spirit—an engraver, gold prospector, and fellow dreamer.

In her lyrical novel The Song of the Lark (1915), Cather’s love of music and theater and her faith in the spiritual influence of the Western landscape find expression in the ardent and talented Thea Kronborg. Moving from Colorado to Chicago to the primitive Southwest, Thea finds her destiny not in romance, but as a great Wagnerian soprano in the Metropolitan Opera. Her success, and that of all Cather’s heroines, derives from what the author calls “the naïve, generous country that gave on its joyous force.”

A masterpiece at once austere and exuberant, historical and mythical, My Ántonia (1918) portrays a family of Bohemian emigrants on the Nebraska frontier. Despite the suicide of her father and the desertion of the father of her child, Ántonia Shimerda retains an unselfish nature that allows her to undergo years of drudgery and still affirm a courageous passion for life and motherhood—a dauntlessness intrinsically rooted in the awesome wonder of the prairie.

One of Ours, winner of the Pulitzer Prize in 1922, portrays the blighting effects of twentieth-century progress on a free spirit from the American frontier. Claude Wheeler, its hero, is an imaginative, restless young man who leaves his claustrophobic small town to become a soldier in France during World War I. The Old World shows him culture, art, generosity, and appreciation, and also the horror, waste, and tragedy of war.

Other Series By Willa Cather 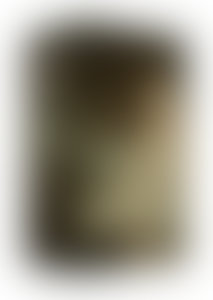