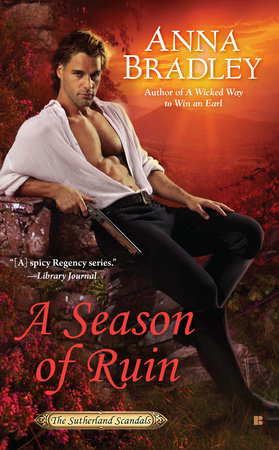 One Hot Scot, Please What do you get when you take a wicked smolder, a sexy Scottish burr, and an unruly mass of tousled red curls and roll it up in a kilt? This is not a trick question. Every romance-lover with a kilt fetish knows Jamie Fraser is the hottest thing to roam the Highlands since Mel Gibson’s William Wallace. But even though he may have seduced us all with that muscled chest and the adorable way he says Sassenach, we were all onto the sexy Scot well before Jamie swept us off our feet. Readers have been clamoring for Celts for years, and romance writers have obliged with a clans’ worth of kilted heroes, from Rowan Keats’ brawny Bran MacLean in What a Lass Wants to Julie Garwood’s sexy Alec Kincaid in The Bride. And that’s just the tip of the crag. There’s a hot Scot out there for every reader. How about a mad chase across the moors with Tracy Ann Warren’s Daniel MacKinnon, the devastating laird in Her Highness and the Highlander? If you fancy some espionage, there’s Teri Brisbin’s fearless William de Brus, the daring knight who takes on the forces of good and evil and earns the everlasting love of his fire-magic heroine in Rising Fire. Is time-travelling romance your thing? Take it old school with Lynn Kurland’s hero Jake Kilchurn in Dreams of Stardust. My personal weakness is mad, decadent Scots with dark scandals in their past. Jennifer Ashley’s Lord Ian from The Madness of Lord Ian Mackenzie is one of my all-time favorite Scottish heroes, but all of the Mackenzie brothers make ruination look enticing. Now that’s my idea of a clan! Lovers and Fighters Whether they’re mad earls, spies, ghost-hunters or a princess’s bodyguard, the Scottish hero is a man of action. He doesn’t just wear that sword because it looks great with his kilt. He’s a lover and a fighter, and that’s a hero we can get behind. And let’s be honest—who doesn’t want to get behind a man wearing a kilt? But if it takes a real man to pull off a skirt, it also takes a real heroine to pull a skirt off her Scot. Every romance novel needs an unforgettable hero, but it also needs a remarkable heroine to keep him in line, even if it means she has to blacken his eye, as Hannah Howard does in Kimberly Bell’s A Convenient Engagement (if you haven’t read this one yet, a hint: he deserves it!). It takes a strong-willed lass to tame these pirates of the Highlands, but the Scottish romance heroine can handle her man. Don’t Mess with Scotland But the hot heroes are only part of the recipe for a sizzling Scottish historical. These epic love stories are set against a backdrop of sweeping moors, rugged crags and crumbling stone castles. In other words, Scotland herself is as untamed as her heroes. The wildly romantic settings are a perfect fit for tales of enduring love, and our warrior rebels give their country the same fierce love they give their heroines. Scotland may have a few downsides (damp weather and mashed turnips and haggis come to mind), but it’s difficult to focus on her shortcomings when there’s a plaid-clad hero waiting to share sips of whiskey from his flask and give you a peek up his kilt. Celts in Kilts Who could have imagined a few yards of thick wool could be so sexy? But though the kilt may be to women what black lace lingerie is to men, it isn’t the only thing at the heart of our fascination with Scottish heroes. Of course, it doesn’t hurt that a blessedly bare-assed Jamie Fraser proved once and for all in Season 1 of Outlander that a true Scot really does go commando, but our lust for Celts goes deeper than that. The Scottish clans are the ultimate alpha male group, and the Scottish romance novel hero is the wicked London rake, the arrogant CEO, and the ferocious Navy Seal all rolled into one tempting package. And if that package happens to be wrapped in a kilt? Well, so much the better. Anna Bradley writes sexy, steamy Regency romance. Her book A Season of Ruin, the second book in the Sutherland Scandals series, is out from Berkley on August 2, 2016. 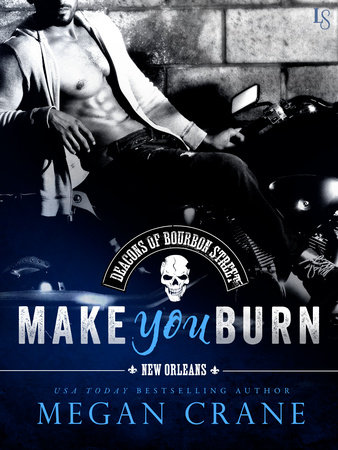 We know readers tend to be writers too, so we feature writing tips from our authors. Who better to offer advice, insight, and inspiration than the authors you admire? They’ll answer several questions about their work, share their go-to techniques and more. Now, get writing!  Is there something you do to get into a writing mood? Somewhere you go or something you do to get thinking? I’m a big believer in the “writing retreat.” Sometimes writing retreats involve locking myself in a hotel room for a few days to really throw some words on the page—other times these retreats involve gathering with my writer friends in a variety of inspiring, usually beautiful places, where the word count might not be high but the camaraderie and daydreaming leads to a whole lot more writing down the road. This is how The Deacons of Bourbon Street series came into being. Last spring, Maisey Yates, Rachael Johns, and I roomed together at the RT Convention held in New Orleans. We spent a lot more time wandering that fascinating, mysterious city than we did at the conference. When an editor (perhaps jokingly!) suggested we should write a multi-author series together since we got along so well, we jumped at the idea. New Orleans and gritty bikers seemed to go hand in hand for us, and once we settled on that premise, it seemed inevitable that we should pull in Jackie Ashenden, renowned for her dark and sexy stories, to round us out. And all because we visited New Orleans! After developing an idea, what is the first action you take when beginning to write? We sent a lot of emails back and forth, since we live all over the place—Maisey and I on the west coast of the US, Rachael on the west coast of Australia, and Jackie in New Zealand. But we also spent some time on Skype. We talked a lot about biker books, about characters, about the kinds of things we liked and the sorts of stories we wanted to tell. We fashioned an overarching plot and then we decided who our characters would be within that plot. We came up with a synopsis for all four books and once that had the enthusiastic support of our agents, we settled down and wrote a chapter each to introduce our characters and stories. That was the most fun—to see all the conversations and ideas we’d thrown around come together into these four fantastic stories. All set in our decadent version of New Orleans’s famous French Quarter. How did you handle plot and character continuity across four books? We talked a lot. Communication is key when it comes to working on multi-author projects. We discussed timing and plot points and the characters’ relationships with each other endlessly. We also sent each other/the whole group the scenes where their characters appeared in our books. The goal was always to make the characters feel seamless across all the books, and to show how they all functioned as this group of sworn brothers, reunited after years in exile. I think we pulled it off, but of course, that’s for readers to decide! Is there something you do to get into a writing mood? Somewhere you go or something you do to get thinking? I was lucky enough to write my book a few months after everyone else did. This was particularly helpful because it meant that I’d already read how the series ended and could write directly toward it—always a huge advantage! So one of the things I did to get in the writing mood was to read those other books and immerse myself in the world. Another thing I did was to curate “inspiration boards” on Pinterest. Looking at moody reference pictures (many featuring Charlie Hunnam, of course, as everyone’s favorite biker inspiration Jax Teller) was another way to get myself in the right mindset. I also relied pretty heavily on a mix I made of songs that brought me into the right headspace. One in particular (Arctic Monkeys, “Do I Wanna Know?”) was and is such a perfect encapsulation of my hero in this book that all I have to do is listen to that awesome opening and I’m right back there in the Priory with Ajax… Do you ever base characters off people you know? Why or why not? I have some family members who are more familiar with biker clubs than I am, but I didn’t base any characters on them. Though I did appreciate it when they didn’t laugh at me when I told them what kind of book I was writing! The truth is that reality doesn’t make great fiction. Characters are always better when they’re entirely themselves instead of pale imitations of real people. “Larger-than-life” makes a good story and fascinating characters. “Just like life” is something we can all do all by ourselves, without a good book. I prefer books. Learn more about Make you Burn here.

Let’s play Bingo! We’ll be featuring printable, themed Bingo cards seasonally. If you’ve read a book that matches a trope on one of the squares, cross it off. If you cross off any five squares in a row, that’s Bingo! Take a photo and tweet @penguinrandom or post to Instagram with the hashtag #bingoreads. Tell us some of the books you liked! We’ll feature the books we read, the books you read, and challenge staff members to play.   (click image to see full size and print out) 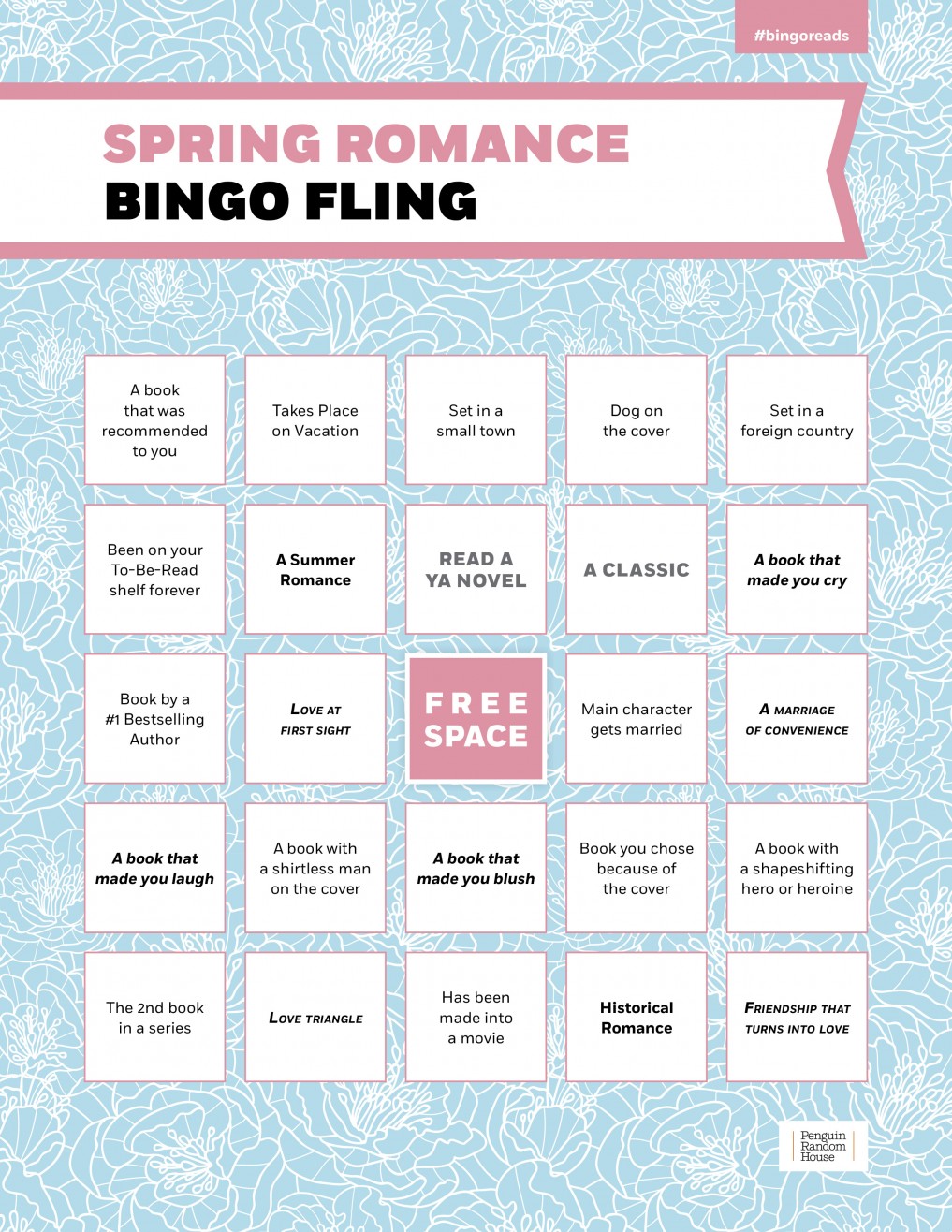