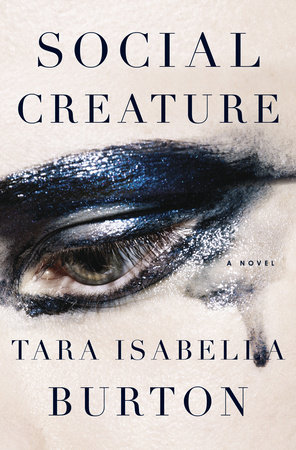 Tara Isabella Burton’s Social Creature is on so many summer reading lists for good reason. It’s a fast-paced contemporary thriller focused on a twisted friendship between two young women in New York City. Full of bizarre and luxurious parties, crime, sin, pretense, and social media, it’s a smart and addictive read.  We spoke to Burton on the phone and talked about her influences, dandies, and more.

You initially wrote a novel that you abandoned because it wasn’t working, but you brought the characters back in this book. What changed in this iteration?
Originally the book I’d written was a Daphne du Maurier’s Rebecca knockoff and it was very dated, it could have been set in 1960, it was on a Mediterranean cruise ship. It was stilted and everyone was overly dramatic. But despite that, I liked the idea of having these two women who were obsessed with each other, this man playing the role of the femme fatale character, and this fourth character, a kind of harlequin type who likes to cause chaos. The four of them, I wanted them to live! But at nineteen, I didn’t have the insights or life experience do do anything interesting with them.
I’m from NYC but was in University of Oxford from eighteen onward, so I’d never really been an adult in New York. I started coming back to NYC in about 2013, developing intense relationships with women and close friends-  the experience was an incredibly frenetic New York life. Around that time I became more and more fascinated with ways in which the internet is a canvas for people to explore their identities. How you create a literary poetic language around the internet and technology and these things that are very real in people’s lives but are not necessarily “literary”.
I wanted to write this story more about the female friendship, and being set in this New York with that frenetic feeling gave the novel it’s atmosphere. Originally no one had cell phones, I kept technology out because I wanted to write like Daphne du Maurier. But it turned out that I liked finding out how to write about someone texting and  and still keep that literary, lyrical register. The characters got reborn in a much better book for them. 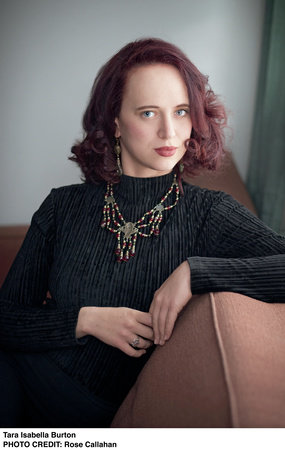 You had this great twitter-thread talking about how self-creation via the internet is interesting and artistic, not frivolous. Some press surrounding the book makes it seem like it’s a scathing indictment of social media – but that’s not what you’re going for!
No! I’m excited by it! But I see why some people would think that. So, a little bit of backstory – my doctorate is in theology but specifically about the idea of self-creation in 19th century dandies. Basically my thesis was about how in Paris, people were exploring how to create yourself as a work of art. What does it mean to create your own identity? So I think social media is fascinating! The technology is new but the instinct to create yourself is not new – it’s as old as humanity. Particularly when it comes to women online, women posting selfies, there’s a tendency to dismiss one’s social media presence as a form of artifice that has nothing to do with reality. And I find that shockingly simplistic. This is just a whole avenue to explore our identities. Is it fictional? Yeah, partly, but no more than putting on makeup or smiling when you don’t feel like it or dropping references to books you haven’t actually read.

It was super interesting to hear you studied French decadent literature – the excess, the over the top social circles absolutely come through  – can you tell me about crafting that atmosphere?
Pretty much every incident in the book is something I’ve seen or experienced. I wanted to create a world that is not at all a one-to-one representation of a particular New York group, but instead a stylized pastiche of Brooklyn lit bros, finance bros, vintage club kids etc. None of these people necessarily hang out together – I wanted to create a New York scene in order to create a sense of timelessness that you don’t get by portraying just one group. The New York I created was rooted in my experience of coming back in my twenties, but very much designed not to map onto one social group.
Can you tell me about the two main characters’ power dynamic? Neither one is innocent, neither one is fully appealing, you can’t wholly identify with either.
If Lavinia and Louise had been born in each other’s bodies and met, the exact same story would have played out. They’re very very similar; they appear as opposites, but the way in which they are opposite is a function of privilege and money and upbringing. Fundamentally they are just two women who lack a solid sense of self – they are constantly looking to define themselves through other people. I think their relationship is toxic and interesting because Ido think they love each other, I think they are in love with each other – for me there was no doubt there was a sexual and erotic attraction. But they are so obsessed with themselves that they can’t have any intimacy with any other human being, because every interaction is just to fill this black hole of “who am I”. Both of them have power in every moment.
Are there other complicated and obsessive relationships in literature that you love?
One of my favorite toxic relationships is the literalization of the trope that the most toxic relationships are when you’re two sides of the same person. So I think Fight Club is the perfect example of that. It does incredible job of making literal this metaphorical truth that the people who get inside your head are you or are as close to you as possible.
Also Henry James – one of my favorite writers. He’s hugely influential in regards to how I approach dialogue and he’s such an incisive writer about petty little social codes and class and money. Wings of the Dove has a relationship between two women that’s so mediated by outside power structures that it’s impossible for them to authentically relate to each other.
When friends ask you for book recommendations, is there anything new or old that you always mention?
My favorite book of the year is The Collector which is incredibly terrifying story of am who kidnaps a women as though she’s an object.
i love latest book “based on a true story” which is another toxic female friendship. it follows a french novelist and a ghostwriter who mysteriously floats into her life.
I also used to make all my old boyfriends read D.H. Lawrence’s Women in Love which is another story about very messed up people having deep conversations and glowering at the landscape. I like books with lots of intense conversation and big symbolic scenes.
Check out SOCIAL CREATURE!
Back to Top