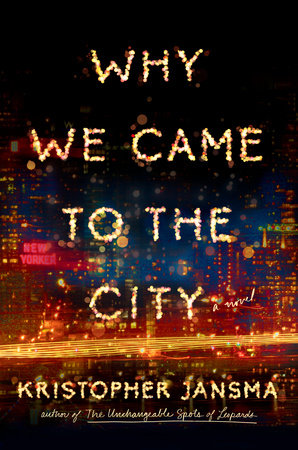 We know readers tend to be writers too, so we feature writing tips from our authors. Who better to offer advice, insight, and inspiration than the authors you admire? They’ll answer several questions about their work, share their go-to techniques and more. Now, get writing!   How would you recommend creating and getting to know your characters? More often than not I start by trying to capture an inner voice or set of actions. As an exercise, I picture characters either sitting down or standing up, and spend a full page describing them. It gives me a chance to zoom in on small but significant details of their bodies and movements; before long I’m peering into their thoughts and feelings and imagining them moving around. You don’t want to introduce a character in a static way, like a model posed for a photograph. You want a reader to meet characters who appear busy going about their lives, which have gone on long before the story began and he or she arrived to observe them. Did you always want to write? How did you start your career as an author? I wrote even before I wanted to be a writer. In early grade school my class had to write in one of those black-and-white-marbled journals every day after recess, and I would often write down things about the make-believe games that my friends and I had played outside—time spent becoming superheroes, slaying dragons, that sort of thing. One day in the fourth grade we were assigned a long-term substitute teacher because our first one had gotten sick, and this new teacher didn’t like that we were using journal time to write about “made-up stuff.” I didn’t even know what she meant by that. It was all perfectly real to me. Somehow I got nominated to take our side of the fight to the principal, and she completely surprised me by agreeing that it was important to write down the kinds of stories I loved. She compromised, giving us new journals with red covers and allowing us to write in them after we had written in the marble notebooks for five minutes. So that was that. My first schism between nonfiction and fiction, and my first moment of fighting for my art. Even then it wasn’t until I think the seventh grade that it really dawned on me that writing could be a job, that all these books I loved to read had been written by real people—and that I could someday write my own. What’s the best piece of advice you have received?  About writing? A few years ago I went to Princeton for the afternoon to read through some old unpublished stories and letters belonging to J. D. Salinger, the famous recluse. One of the letters, to his editor, was sent from either basic Army training or the Western Front. And Salinger said, of his own early stories, “I’m beginning to feel that no writer has the right to tear his characters apart if he doesn’t know how, or feel that he knows how (poor sucker) to put them together again. I’m tired . . . my God, so tired . . . of leaving them all broken on the page with just ‘The End’ written underneath.” And reading that just set something off in me. I realized that was all I knew how to do with fiction, and I immediately resolved to learn how to put them back together again. It changed everything for me. Do you ever base characters off people you know? Why or why not? I think we all do that, whether consciously or unconsciously. Often a character may emerge as a thinly veiled version of someone I know, and then through the writing process that veil grows more and more substantial until the original person is nowhere to be found anymore. The funny thing about it is that I might borrow a few details about a character from the life of a friend, and often that friend is fine—and sometimes even flattered—if he or she ever notices. But I’ll also face situations when friends come up to me and say, “Oh, this character here is totally based on X, right?” and X will be a completely different friend, someone I had never thought about consciously. And yet I can see what they mean. . . . Learn more about Why We Came to the City below.
Back to Top