An Excerpt From Broken Horses

Brandi Carlile on her early childhood growing up on the outskirts of Seattle. 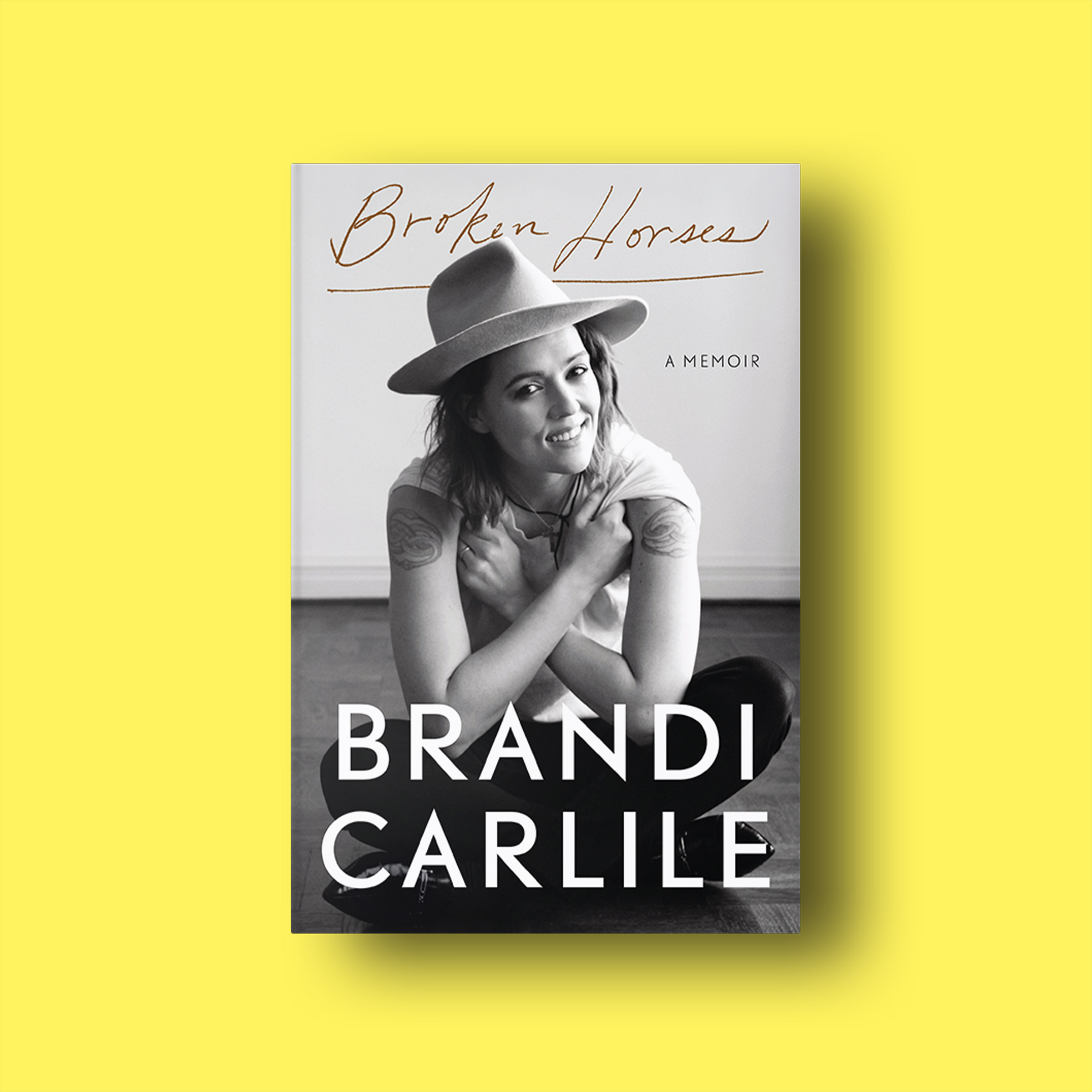 The critically acclaimed singer-songwriter, producer, and six-time Grammy winner, Brandi Carlile, opens up about faith, sexuality, parenthood, and a life shaped by music. Evocative and piercingly honest, Broken Horses takes readers through the events of her life that have shaped her very raw art.

Meningitis and the Early Education of an Empath

The Carliles are nail-biters. I started biting my nails at three years old. Everyone told me that if I didn’t keep my hands out of my mouth, I’d get sick.

We were living in Burien, Washington, in a single-wide trailer near the Sea-Tac Airport.

It was our third house since I was born. I’m the first born into my family and the first grandchild on both sides, contributing to my inflated sense of self-importance and burden of perceived responsibility.

Before all that, though, my parents met at the Red Lion Hotel. My mother was a hostess and my father was a breakfast prep cook. My dad is very intelligent and intense, with a sick sense of humor. He’s one of six siblings raised dirt-poor on a dirt floor by a single mom in south Seattle. He’s got a father, too, but he and my grandmother divorced very young, and like many of the men on the Carlile side very rarely speaks a word. There are some quiet men in my family but none as quiet as Grandpa Jerry . . . you can feel how much he loves you, but he probably won’t ever say it. It almost seems like a genetic trait, this strange brand of anxiety and quiet intensity. He had a daughter later in life, bringing the number of Dad’s siblings to seven.

My mother had a more comfortable childhood. She’s one of three girls and like her mother has always been very charming and mischievous. She can read a room like no one else. She’s vain. She loves music and art. If she’s sunny and happy, then everyone she meets is too. Her enthusiasm can’t be resisted. If she’s not in a good space though, you’re not going to be either.

To put it mildly, they’re special . . . and sparkly and complicated. When they met, my mom was twenty and my dad was twenty-one. Mom’s family had temporarily relocated to Colorado, so she moved straight in with the crazy Carlile family. When my mother got pregnant with me, she and my father decided to get married. Like so many people who married this young, they are still married . . . and in many ways, are still very young.

For this and many other reasons, we moved around a lot after I was born. Fourteen houses actually. And lots of different schools. It’s deceiving because sometimes they were all in the same district. Beverly Park Elementary for kindergarten and then to Hill Top Elementary, from there to Cascade View to North Hill Elementary to Olympic Elementary and then back to Hill Top, then there was Rock Creek Elementary, Tahoma Junior High, Glacier Park. And that was all before high school.

I don’t think there was ever a housing transition I didn’t want to make. There was always an exciting and dramatic buildup to the moving. Sometimes we moved because of evictions and job changes, sometimes for good reasons, like a better housing opportunity or a step up in comfort thanks to some connection that my charismatic parents had made. Either way, due to my frequently changing scenery and the undercurrent of chaos that poverty often creates, I developed somewhat of a photographic memory. It appears in all of its vivid detail right around the age of two.

Bedrooms change, the color of the wallpaper, the smell of a hand-me-down couch, the hum of a rental unit’s avocado-colored refrigerator. There’s a washing machine that is frequently mistaken for an earthquake, or a friendly neighbor with a horse called Pepper, or someone who lets you hop their fence to retrieve your Frisbee. Different houses sometimes came with different pets and the loss or abandonment of the old ones at the old place. And of course, there were the feuds. . . . I remember every drunk neighbor. The busybodies and gossips, the liberals and the divorcees. I can recall the name of just about every landlord who evicted us and my parents’ list of grievances against them. I also remember every helping hand. Every nonjudgmental influence over our family and the impact of such relationships on our lifestyle. More than all this I remember worrying quite a bit.

Most people live in their childhood homes for a while. It softens the edges on the memories and gives them a comforting wash, a kind of afterglow, set against routine and consistency. For kids like me for whom every experience is set against a different visual and intense circumstance, it’s really easy to remember details of an early life. I see this now as a priceless gift . . . but it isn’t one I’d give to my kids. They’re going to have to get scrappy some other way ’cause I don’t have the stomach for it anymore. 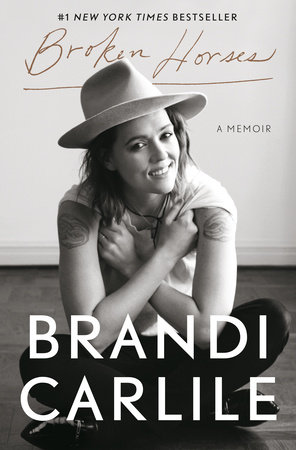 Burien is all concrete and strip malls now, but parts of it used to feel like the country.

The airport has since shut down most of the land our trailer was on. When I got sick I think it was in a fuel dump zone, or some FAA law changed and it became uninhabitable somehow.

My little brother, Jay, and I were Irish twins. He was irresistible, with blond hair and blue eyes, full of pure drama, charisma, and conviction from birth. At only eleven months and twenty-seven days older than him, I thought he was adorable—and he was mine. He was tougher than me. My parents had to implore me to stand up for myself physically with Jay, because while we didn’t really fight in a mutual sense, he fought the hell out of me. I couldn’t work out whether he was supposed to be my formidable foe or my protected baby brother. It’s an odd age difference. I was getting ready to start kindergarten. My dad wanted me to be homeschooled, but he came up against too much resistance from the rest of the family . . . I understand both inclinations now. The one to keep your kid at home when they seem so small and underprepared and the one that urges us to overcome all that and send them anyway.

I was shy and quiet but very clever. I was good at rhyming, had an extensive vocabulary, and had already dreamed up some songs—“Smile at the sun, smile at the sun, life is so much fun, when you smile at the sun.” I still hear the melodies. My parents had no experience with children but had been told by enough people that I was advanced. So when my grandmother on my dad’s side heard from a neighbor about a program at the University of Washington for gifted children, she hipped my mom to it and I was enrolled at the age of four. I have memories of wearing a lead jacket and playing with children’s toys . . . presumably whilst being X-rayed? Now it seems dubious to say the least, but let’s chalk it up to the ’80s.

I had been a colicky baby with some weird infancy health issues that I had grown out of, but my mother had never grown out of her irrational tendency to worry about me. My dad was well aware of this and didn’t attempt to hide his annoyance. Every sneeze or childish complaint would send my mother rushing to the phone to dial “24 Nurse” or Poison Control.

My illness when it hit felt like an extra-dreamy flu to me. Nausea and vomiting, but also a sense of euphoria that I can only imagine must be what morphine is like. My mother’s first call was to my dad. They had a fight. Mom had no car and he wasn’t about to leave work for yet another fruitless night in the ER for strep throat or gas. She hung up and called 24 Nurse. The TV was on. I remember vividly what it felt like to sink into our brown floral couch feeling so heavy and relaxed I couldn’t hold my head up or stay awake. Mom was describing the symptoms to the woman on the phone and after a couple of minutes, she appeared at the couch. “Does she need to be sitting up?” she asked as she propped me up on another pillow. That’s when my mother asked me to try and touch my chin to my chest. The last thing I remember was my mother frantically shouting into the phone, “Her eyes are rolling back in her head!”

I wound up on the floor in the backseat of my parents’ car. I don’t know how I got there. There wasn’t time for a car seat and I vaguely remember being so uncomfortable sitting up that I was whimpering and asking if I could get on the floor. I don’t know why they didn’t call an ambulance. Dad’s work was very close, and I am guessing they didn’t call an ambulance because deep down they still weren’t sure if they could trust themselves about what was an emergency and what wasn’t. I don’t remember arriving at the hospital, but I’m told that my heart stopped forty-five minutes later. 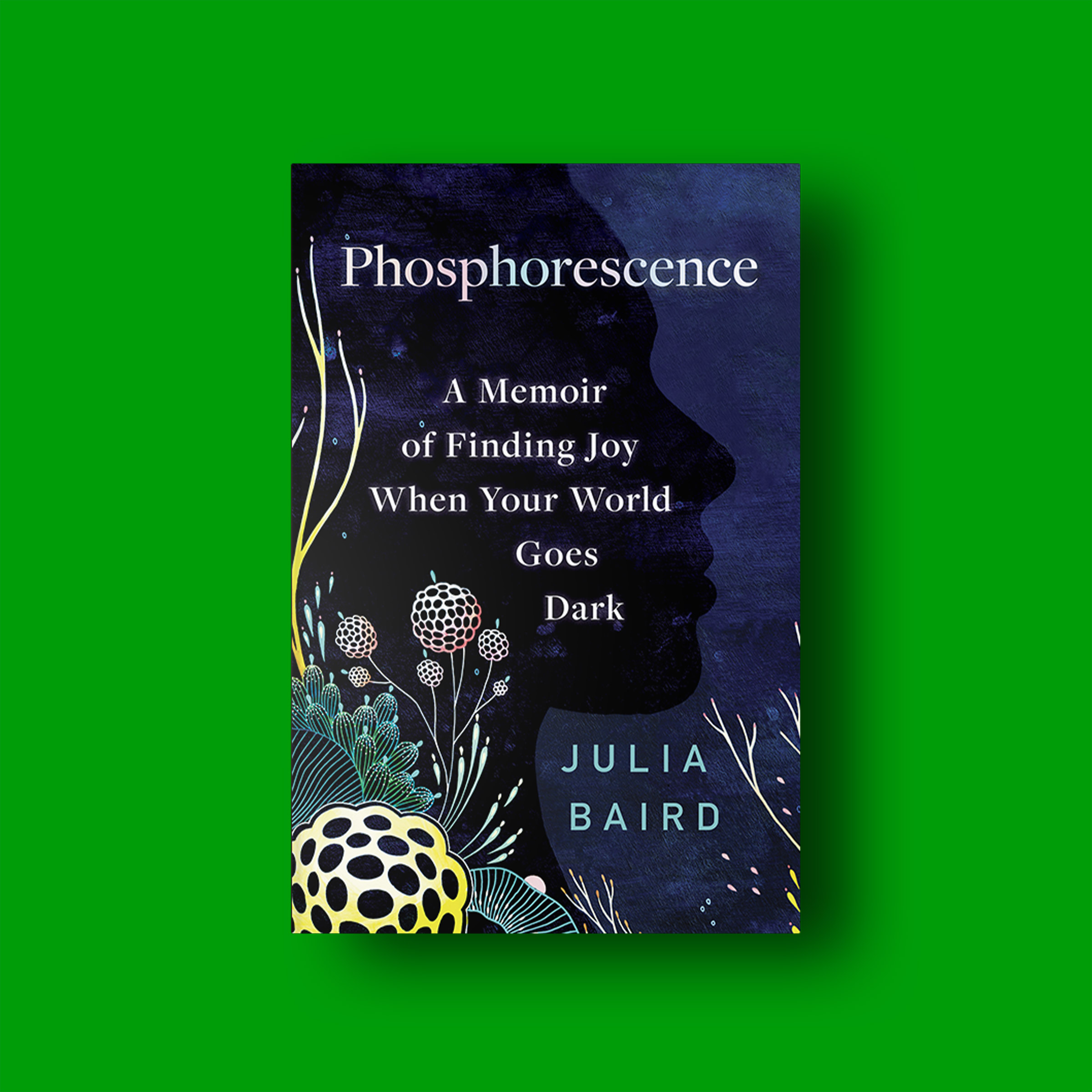 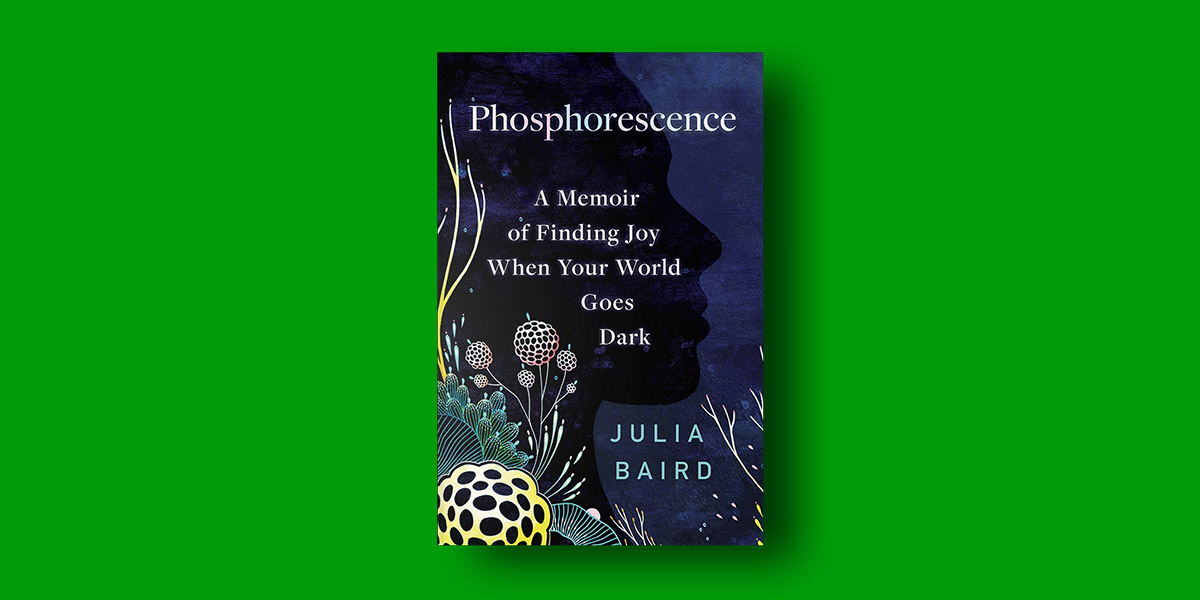 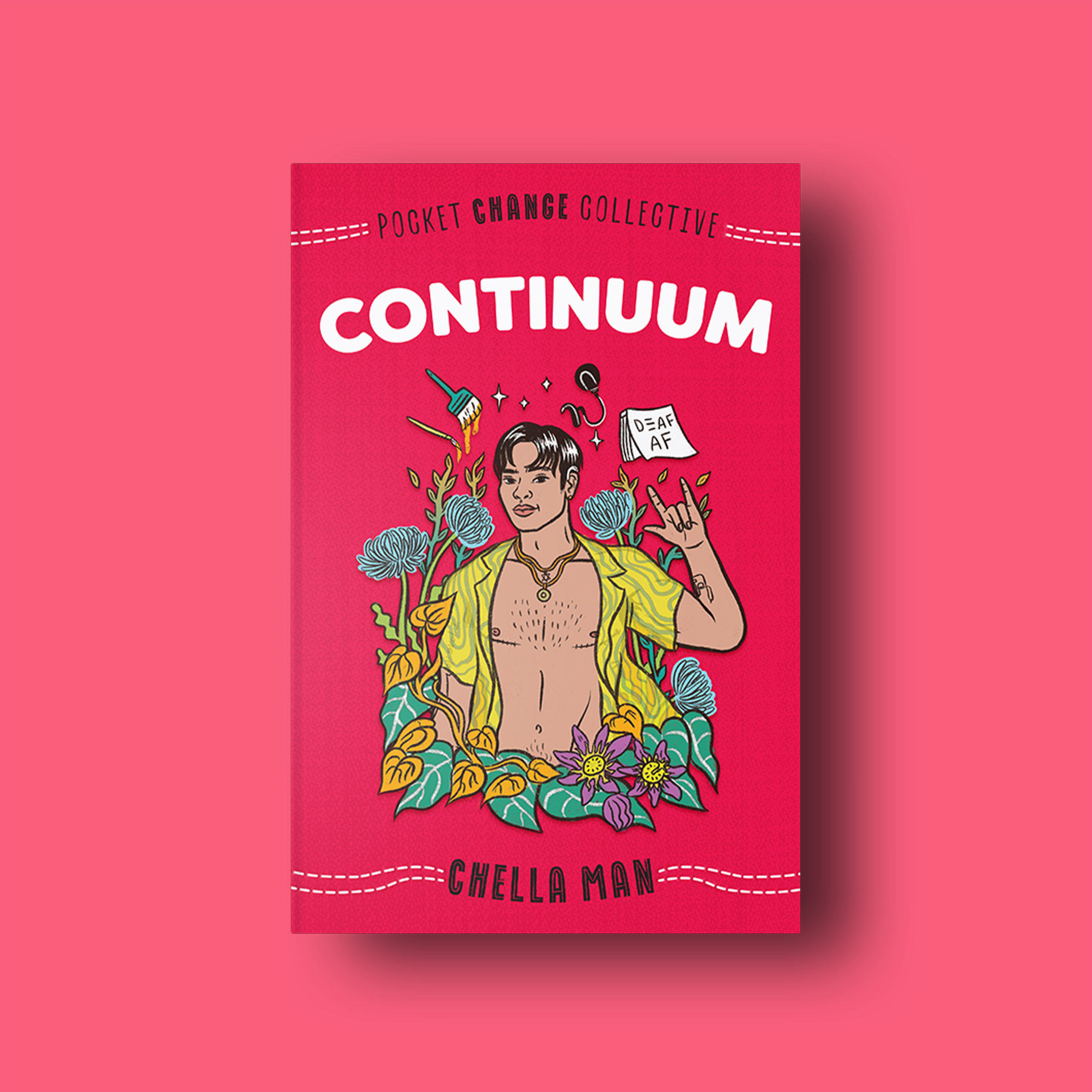 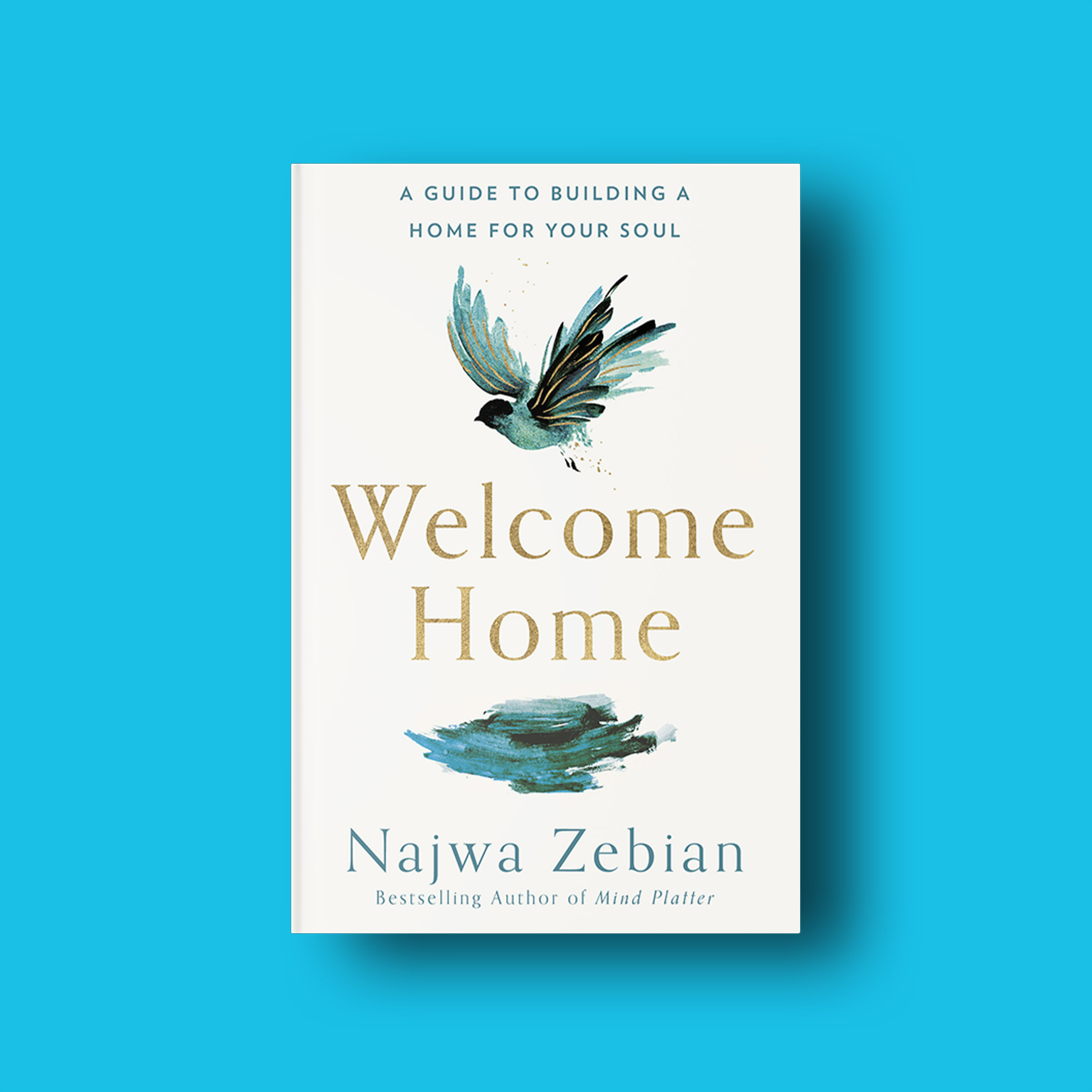 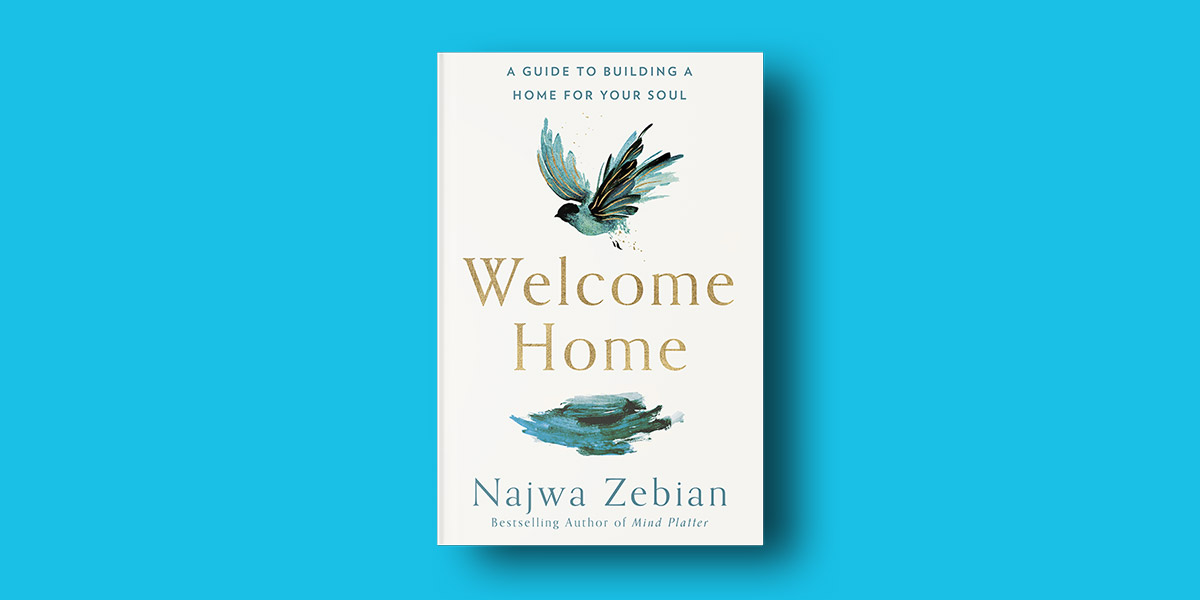 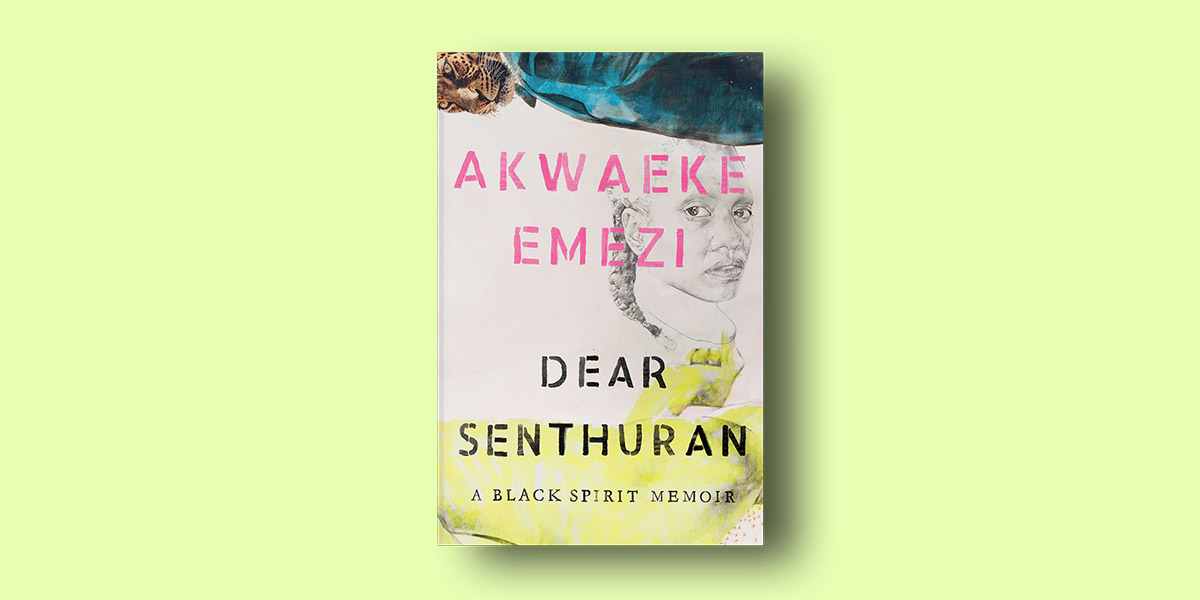