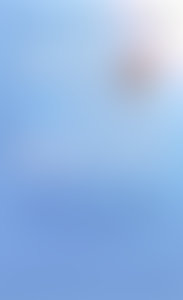 Bill Guggenheim and Judy Guggenheim have been conducting intensive after-death communication (ADC) research since 1988. Bill serves on the Board of Advisors of the International Association for Near-Death Studies. He is a member of the Association for Death Education and Counseling and several other organizations that minister to the needs of the terminally ill and the bereaved. Bill and Judy have presented workshops and sharing sessions at national and regional conferences of the Compassionate Friends, Mothers Against Drunk Driving, the Association for Death Education and Counseling, In Loving Memory, the International Association for Near-Death Studies, Bereaved Parents of the USA, Parents of Murdered Children, other support groups for the bereaved, hospices, churches, and a wide variety of similar institutions that are devoted to personal and spiritual growth. Bill and Judy and their ADC research have been featured on television and radio programs and in numerous newspaper and magazine articles throughout the United States and Canada. They have three sons and were married for seventeen years before divorcing. They live separate personal lives in central Florida and continue to work together for the ADC Project.