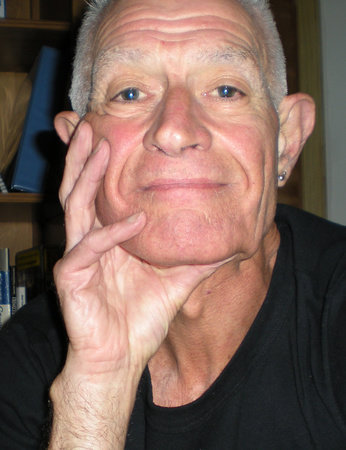 “No, I’m not Greek, but I’d like to be.” That’s what I tell folks who ask about my affiliation with Greece once they learn about my attraction to Greek literature in the form of folk- and fairytales, those radiant gems of wit and wisdom. I’ve been in love with Greece, its people, and its traditions since 1992, the year I took up residence in the enchanting city of Thessaloniki on the Thermaic Gulf in Greece’s north central region. The more I absorbed the city’s Byzantine character and explored its ancient walls and ramparts, the more I came to understand why Thessaloniki is known as one of the most sacred and culturally rich regions in this legendary country.
I happened to come to Thessaloniki by way of Kent State University where I’d been working in literacy studies, my attention being held by methods of teaching literature, writing, and drama with aspiring and veteran educators. KSU’s Greek Exchange Program allowed me a two-year teaching and research stint at Aristotle University of Thessaloniki.

So, there I was at the onset of the fall semester of 1992 in the education department at Aristotle University wondering what might be the most meaningful way of coming to understand Greek society and culture and its educational system. My research in the literacy development of young children in culturally diverse classrooms in the USA had uncovered valuable illustrations of productive teaching and learning styles.  Given the rewards gained by those experiences, I decided that I’d like to spend time in a school with Greek children and wondered what they would teach me as they interacted within the child-centered language events I’d encourage them to join.

It was my colleague Soula Mitakidou who led me to a kindergarten in Aristotle University’s Child Development Center.   From September, 1992 – to-  May, 1993, I moved within the inner sanctum of Greek life through the lives of kindergartners, collaborating with their two welcoming  teachers who left enough space and time for Soula and me to invite these children into language learning episodes. Entrenched in the dynamics of classroom, I discovered the complexity of Greek culture by way of the country’s religious and secular rituals and traditions so tightly woven into the fabric of everyday life.

That preschool classroom also proved to be a great setting for mining the treasures of Greek folklore. Stories were told, read, and dramatized throughout the day. Traditional songs and dances often served as delightful transitions between formal lessons, with everyone—both children and adults, joining in the fun. Soula and I soon realized that we shared the same love and respect for tradition, particularly for the stories of old, and that it would be pure joy to try our hand at working up some of these wonderful tales and making them available for young readers outside of Greece. Thus began our Greek folklore project. Our project brought to light Mr. Semolina-Semolinus  (Atheneum, 1997), published with Anne Schwartz’s invaluable editorial guidance and illustrated with Giselle Potter’s vibrant watercolors that glow with drama and humor. We followed that award-winning effort with the retellings of twenty eclectic tales in Folktales from Greece: A Treasury of Delights (Greenwood/Libraries Unlimited, 2002), which is enhanced by  Georgios Katsagelos’ illuminating photographs and Anastasia Valavanidou’s  traditional designs.

The more Soula and I collaborate, the more enthralled we both become by the mysticism,  unusual music, and alluring wisdom Greek tales harbor.