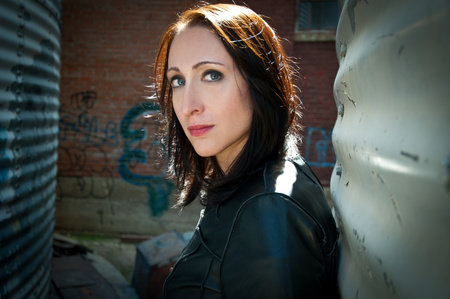 Taylor Stevens is the award-winning New York Times bestselling author of The Informationist, The Innocent, The Doll, The Catch, and the novella The Vessel. The series featuring Vanessa Michael Munroe has received critical acclaim and the books have been published in twenty languages. The Informationist has been optioned for film by James Cameron’s production company, Lightstorm Entertainment. Born in New York State and into the Children of God, raised in communes across the globe, and denied an education beyond sixth grade, Stevens was in her twenties when she broke free to follow hope and a vague idea of what possibilities lay beyond. She now lives in Texas, and is at work on the next Munroe novel.

PENGUIN RANDOM HOUSE: Your daring and dangerous protagonist, Vanessa Michael Munroe, has ventured everywhere from Cameroon to Dallas, Buenos Aires, and now, in your latest novel, The Catch, Djibouti, Africa. What about these locations as settings for your storytelling appeals to you?

TAYLOR STEVENS: Being able to travel and experience new cultures, sights, smells, and tastes ranks at the top of my list for fun, and the books and movies that I enjoy the most also tend to take me to faraway places, so I think it’s that same real-life draw to the exotic that makes these off-the-beaten-path locations so appealing as story settings.

PRH:Over the course of the four novels and one novella you’ve written featuring Vanessa Michael Munroe was there ever a change you made to the core of her character that even you didn’t see coming?

TS: Well, four novels and one novella was certainly a change I never saw coming. This series has grown book by book and with that Munroe’s character has grown, because in each new adventure she’s affected by the events of the previous one. But none of this was ever planned out from the beginning, so I guess, in that way, you could say all of her character growth has been a bit of a surprise.

PRH:There has been talk of a James Cameron-related movie adaptation of the first Vanessa Michael Munroe book. If you had to cast the character of Vanessa today, right at this moment, who would you select to fill this unique role?

TS: This is such a fun question and I think my answer sometimes surprises people because everyone has an idea in their head, and usually it’s a big star: Angelina Jolie, Charlize Theron, Hillary Swank, Gina Carano – who is totally badass, by the way. If it was my choice, which it isn’t, I’d want an unknown actress who has no big-screen baggage so that she could take the role, own it completely, and make it hers, and in this way Munroe could be born on screen as a woman who is uniquely her own.

PRH: Your novels are so detailed about so many underbelly operations – gunrunning, ransoms, cults. What has been the biggest challenge you’ve faced in your research as a novelist?

TS: The cult research was easy because nearly everything that happened in that story was a fictionalized account of something that had happened in my childhood, not necessarily to me – although some of it did – but to someone or someones that I knew. The rest has been a lot more challenging, as I strive for a high sense of accuracy. But I also know that the more detailed a story gets, the easier it is to get those details wrong. I’ve been blessed to know people who live in a lot of countries and who have vastly different life experiences, so it’s allowed me to draw on others for help to keep things real.

PRH: What, in your opinion as her creator, is Vanessa Michael Munroe’s single most important trait as a human being?

TS: She is very self-aware, and she takes ownership of every decision she makes, even when she’s doing wrong, which is often. Even if all of the choices suck, she acknowledges that she still has a choice in the outcome, and she owns that choice completely, for better or worse.