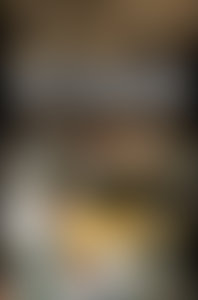 Chad Millman is a vice president at ESPN, where he also serves as editorial director of domestic digital. He is also the author of seven books: The Ones Who Hit the Hardest with Shawn Coyne, a bestseller about the blood feud between the 1970s Steelers and Cowboys; the New York Times–bestselling They Call Me Baba Booey with Gary Dell’Abate; Iceman: My Fighting Life, with Chuck Liddell; and The Odds, about a trio of Vegas bookmakers and bettors. Visit his website at chadmillman.com.

The Ones Who Hit the Hardest

They Call Me Baba Booey

It feels good. But I’m not doing it just for the thrill of beating the crap out of someone. The same way some guys were great at basketball or football growing up, I was great at fighting. Connecting on a perfect punch is like getting solid wood in baseball. You don’t feel the sting in your hands at all; it’s just a little pressure as your fist moves right through a guys face.

How did you find out about MMA (Mixed Martial Arts)?

It started in 1993, around the time I was getting out of college and figuring out what I was going to do with my life. I was teaching karate and kickboxing. But MMA and the UFC were getting popular, so a lot of my friends and I talked about it.

I had been kickboxing for a few years after the UFC started. Naturally, me and all my friends kept up with the sport and were interested in it. I was a natural for it, since I had the martial arts experience and had wrestled in college. But I never considered doing it until my friends kept pushing me. Finally, a guy who promoted my kickboxing fights introduced me to some UFC promoters and they put me in a tournament.

If you weren’t in UFC, what would you do?

I’d be teaching karate, probably own my own dojo like I do now, and kickboxing. One way or the other I’d be fighting.

What is a common misconception about UFC fighters and yourself in particular?

That we’re untrained thugs—and that I’m a mean guy because I’ve got a Mohawk and tattoo on my skull. I’m about as laid back a guy as you’re going to meet when I’m not in the cage. And I’m like a lot of other UFC fighters in that I went to college and earned a degree. Mine is in accounting. A lot of the fighters could have been anything they wanted to outside the cage, but we’re guys who loved wrestling or kickboxing or did judo, and this provides us with an opportunity to make a living doing what we love.

What was your favorite career fight and why?

The first Tito Ortiz fight. He’s a punk who had been ducking me because he knew I’d kick his ass. When I did, it felt as good as I expected it to. And it felt just as good when I kicked his ass again a second time.

How has being a UFC champ most changed your life?

Well, I’m recognized in most places I go. And I have a lot more money from doing what I loved than I ever planned on having.

How often (and how much) do you train?

Heading into a fight I’m training everyday, usually twice a day, for three months. I’m in the gym or at The Pit, working to get myself into shape.

What do you do to prepare yourself for a fight?

As far as training, I focus on making everything simulate the five-minute rounds in a UFC fight. I’ll spar for five minutes or do other drills, like the rowing drill, for five minutes, then get a one minute rest. (In the rowing drill I row as hard as I can on a machine for two minutes then jump off and wrestle a training partner for three minutes. It’s brutal.) I also make my training and sleeping habits conform to a fight schedule. I’ll go to sleep later, since the fights are usually around nine or 10 at night, and I’ll schedule my training sessions for later at night, so my body is used to fighting at that time of day. I don’t want to get too pumped up early in the day and be spent by the time the fight happens.

When did you start painting your toenails and why?

Shortly after the Ultimate Fighter started airing on Spike TV, I was walking around a mall in Florida. A bunch of guys at The Pit, where I train in San Luis Obispo, had been painting their toes so, when I walked by a nail salon, I thought I’d try it. The manicurist was going to do all black, then I told her to make the big toe pink, just to f*ck with people and see what kind of reaction I got. It’s the same reason I like to dance when I’m ringside at one of my guy’s fights. At first people were staring—but I was used to that given my haircut—and then I justsort of forgot about it. Then I went to a Chargers game a week later in flip flops and one guy looked at my toes, looked up at me and said, “Hey, if anyone can pull it off, you can.”