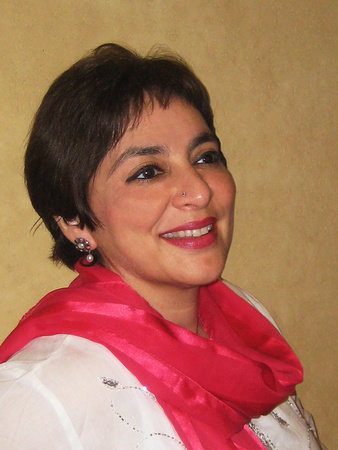 Shauna Singh Baldwin was born in Montreal and grew up in India. She is the author of English Lessons and Other Stories and the novels What The Body Remembers and The Tiger Claw. Her short fiction, poetry, and essays have been published in literary magazines in the U.S.A., Canada, and India. From 1991-1994 she was an independent radio producer, hosting “Sunno!” the East-Indian-American radio show where you don’t have to be East-Indian to listen.

Shauna holds an M.B.A. from Marquette University and an MFA from the University of British Columbia. Her first novel, What the Body Remembers, was published in 1999. It has been translated into eleven languages, and was awarded the 2000 Commonwealth Writer’s Prize for Best Book, Canada/Caribbean region. The Tiger Claw, published in 2004, was nominated for Canada’s prestigious Giller Prize and has been optioned for a film.

Shauna’s awards include India’s international Nehru Award (gold medal) for public speaking, and the national Shastri Award, a silver medal for English prose. She is the recipient of the 1995 Writer’s Union of Canada Award for short prose and the 1997 Canadian Literary Award. English Lessons received the 1996 Friends of American Writers Award. More information at www.ShaunaSinghBaldwin.com

The Selector of Souls

What the Body Remembers