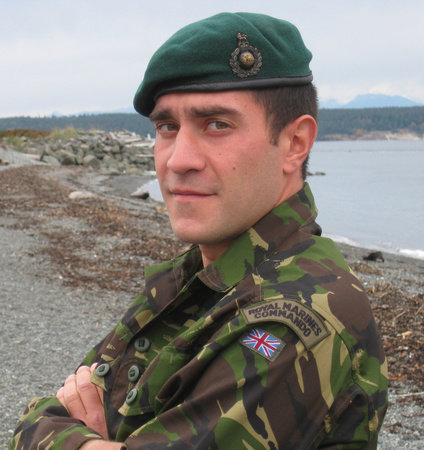 JAKE OLAFSEN was born and raised on Vancouver Island. After college he worked in the family business in the forest industry. He served with the Canadian Army Reserve for nearly 3 years and helped to battle the B.C. forest fires of 2003. In 2005-2009, Olafsen was a Royal Marine Commando and served 2 tours in Afghanistan. He was most recently in Afghanistan in April 2008, and in total he has spent nearly 14 months in the volatile Helmand province. In 2009, he left the Corps and returned home to Vancouver Island to pursue a career in the international maritime security industry, indulging his passion for mountaineering in his spare time.