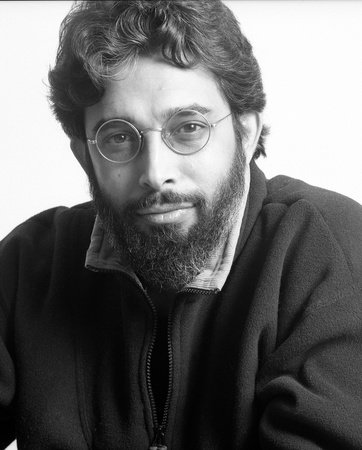 Joydeep Roy-Bhattacharya was educated in politics and philosophy at Presidency College, Calcutta, and the University of Pennsylvania. His novels The Gabriel Cluband The Storyteller of Marrakesh have been published in fourteen languages. He lives in the Hudson Valley in upstate New York.

PENGUIN RANDOM HOUSE: What drew you to Afghanistan?

Joydeep Roy-Bhattacharya: I’ll paraphrase something by the poet Iqbal by way of an answer: Afghanistan is the heart of Asia, and when Afghanistan suffers, Asia bleeds. It’s a wildly beautiful country, with a wildly beautiful people, and one of the last places in the world that appears to have successfully held its own against outside influences. What’s not to love? I live in the countryside because my soul needs it. And I wrote about Afghanistan because I needed to dwell, if only for a while, in one of the world’s last truly remote places.

PRH: What made you decide to buttress your novel with the ancient Greek tragedy Antigone?

JR: Antigone for me transcends time and place, quite literally. I first read Antigone when I was a teenager, and I’ve measured all the women I’ve met since against that yardstick, to our mutual detriment. But I’ve also taught the play and was fascinated by her hold on my students. I needed a protagonist who could serve as a moral yardstick of the degree of injury done to the Afghans by outside powers. A woman who simply has no interest in compromising with the folks who’ve slaughtered her family and devastated her country. She rejects their overtures in their entirety and, in that, becomes a microcosm of the rejection by the Pashtuns, especially, of all the material temptations offered by Western civilization — in her specific case, both physiological and therapeutic rehabilitation; and, in the case of her people, all the material detritus that will be left behind by the Americans following their inevitable (and increasingly precipitate) withdrawal.

PRH: “Slaughtered,” “devastated.” These are strong words. It would imply a taking of sides. And yet, in the novel, you are remarkably evenhanded in your depiction of the viewpoints of both the Afghan and the American characters.

JR: I’m a novelist and I don’t believe in taking sides as I write: that’s the task of the propagandist. My personal beliefs and private opinions do not matter within the covers of the book. I’ve no interest in either betraying my characters or holding the reader’s hand and telling him or her how to think.

PRH: What was the most memorable experience you had as part of your research?

JR: Innumerable heart-to-heart sessions with my army mates. More specifically, there was the time I went to see how a halal animal had its throat slit and came away repulsed and physically drained, though the episode did find its way into my book.

PRH: Finally, what do you hope readers will take from the book?

JR: Greater empathy and comprehension — for both those who fight these wars and for the victims — than when they began the book.