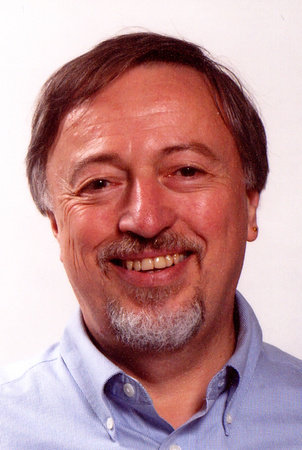 Stephen Kimber is an award-winning writer, editor, and broadcaster. He is the author of one novel, Reparations, and five non-fiction books, including the bestselling Sailors, Slackers and Blind Pigs: Halifax at War.

He and his wife, Jeanie Kimber, live in Halifax.

Why this book?
By Stephen Kimber, author of Sailor, Slackers and Blind Pigs: Halifax at War

I was born in Halifax four years after the infamous VE-Day riots that ended World Ward II. I’ve lived in the city most of my life but, until recently at least, knew very little about those dramatic events, or the tumultuous five-and-a-half years that led up to them. Perhaps because it ended so badly, Halifax’s role in World War II – arguably its finest hour on the world stage – is rarely spoken of, or written up, or bragged about these days. Growing up, I learned more about the 1917 Halifax Explosion – the last “good” bad thing that happened to the city – than I ever did about Halifax’s brief shining moment as the “most important port in the world.”

There may have been other logical reasons for that too. My parents were not untypical of the new, upwardly mobile working class. Having grown up in the Depression and survived a world war, they preferred to live in the present and dream of a future for their children rather than dwell on a past that was. . . well, past. As for me, I came of age in the sixties when the present seemed far more interesting than the past, and future peace meant more than past war.

Perhaps that’s why I didn’t realize until recently that our home had been one of those transformed into a boarding house for servicemen during the war. My room – the one I once chose to have painted battleship grey for reasons that escape me now – was rented out to a procession of nameless, faceless young men, some of whom probably never came home again.

I knew, of course, that my father and his two brothers served in the Royal Canadian Navy, but I was never curious enough then to ask him about it. By the time I wanted to know, my father was dead. I’m still not sure if he joined the navy for the “duration of hostilities” because he wanted to do his patriotic duty, or because he needed a job. I do know it was his first steady job. He was 25.

My mother turned 21 on September 8, 1939, two days before Canada officially joined the war against Germany. She was at her parents’ cottage on the edge of Bedford Basin. “I remember watching planes flying in together. It made me nervous.”

A few weeks later, her boyfriend Ted, my father, showed up at her workplace in his newly issued navy uniform. With his first pay cheque, he bought her a locket. He asked her to marry him, but the war made planning difficult. In the end, they left a blank space on their wedding invitations for the date.

When he was at sea, my father wrote to my mother every day, using flimsy, military-issue, onion skin letter-forms that folded neatly into their own self-contained envelopes. My mother kept packets of those letters, brittle and neatly wrapped with elastic band, for years. I never bothered to look at them until it was too late. After my father died and my mother sold their house, she threw the letters out.

Even after their wedding, my mother continued to live with her mother and father – and the constant stream of borders through my grandmother’s home. At any one time, half a dozen soldiers and sailors – plus my then-teenaged uncle – would sleep on cots in the attic while an equal number occupied two of the four second-floor bedrooms. Most stayed for only a few weeks. My grandmother would get a call at two or three in the morning, my mother explained when I did finally began asking about such things a few years ago. “’There’s a train coming in,’ they’d say, and so she’d have to get up and get the house ready for another lot.”

Most were nice enough, she says, but some were, well, condescending and dismissive. “Nothing was ever as good as Toronto,” she remembered. “They were always bragging up Toronto and complaining about how they couldn’t get a drink here.”

In her spare time, my mother volunteered at the North End Services Canteen, which fed close to a thousand sailors every day. It was no big deal, she says. Volunteering was just what everyone did back then.

Her own recollections of the riots are as blandly unrevealing. My parents and my then two-year-old sister Judith attended the fireworks on Citadel Hill to celebrate the victory in Europe. “Everyone was happy,” my mother remembers. “We did hear the glass breaking downtown but we didn’t go down there so we didn’t know what it was about.” The next day, she and my father were sitting on their front step as dozens of people walked by with parcels under their coats. “But it wasn’t like now when you can turn on the TV and see everything,” she tried to explain. “We only turned the radio on for special times, so we had to wait for the papers to find out what had happened.”

As for me, I know now that I waited far too long to begin finding out what really happened during those years in Halifax. I’m only glad I didn’t wait too long. The last of my parents’ generation, the ones who lived, loved, laughed and cried their way through those days, still have their stories. And those of my generation, the ones who once thought history doesn’t matter, now know better.