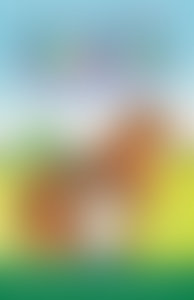 Anthony Lewis was a two-time Pulitzer Prize-winning journalist who transformed American legal journalism. He is the author of Gideon’s Trumpet which concerned Gideon v. Wainwright, the 1963 decision that guaranteed lawyers to poor defendants charged with serious crimes. His book Make No Law: The Sullivan Case and the First Amendment is an account of New York Times v. Sullivan, the 1964 Supreme Court decision that revolutionized American libel law. Lewis was a New York Times reporter at the Supreme Court from 1957 to 1964 and wrote an Op-Ed column for thirty years called “At Home Abroad” or “Abroad at Home” depending on where he was writing from . He also taught at the Harvard Law School where he was a Lecturer on Law from 1974 to 1989. He has also been the James Madison Visiting Professor at Columbia University. Anthony Lewis died in 2013 at the age of 85.

Books by Anthony Lewis published by No Starch

Did you ever know Palestine before occupation? What did you hear from your relatives about the differences in life before and after the move from Jaffa to Ramallah?

One month after the occupation of the West Bank in 1967 I turned sixteen. Despite the primacy of politics in our life I was not politically aware or involved. I was born and grew up in Ramallah on the West Bank but I always had a strong sense of the life that was left behind in 1948 when my parents were exiled from their coastal home in Jaffa. We were able to see the lights of what we believed was Jaffa every night from our “temporary” home in Ramallah. It was only through the writing of this book that I finally came to realize that for a long time I was hostage to the memories, perceptions and attitudes of my parents’ generation and that my sense of place was not mine. The writing of the book liberated me from that bondage. When I was growing up the possibility that I would someday be able to visit the dream land on the horizon meant a lot to me. When Israel occupied the West Bank I was unprepared for the experience of Israel or its military occupation that was to dominate my life from that point onwards.

What was daily life like for you in school growing up? How were people, even children, affected by the political situation?

I went to a Quaker school in Ramallah. Until the last few months before the 1967 war there were never any political activities in our school. My father suffered for his political convictions and was jailed twice. I was too young to understand the political reasons behind these arrests. They left me with a sense of insecurity and fear. After 1958 the general situation in the West Bank was peaceful and there were no upheavals or acts of violence. But the Palestine question was never far from people’s mind. Ramallah was surrounded by refugee camps. Everyone expected that there was going to be a return of all the refugees to the homes they left in Palestine. The passage of twenty years did not temper the aspiration of the refugees to return. Our life in Ramallah was “temporary.” Not a day passed without my grandmother talking about Jaffa and what life was like there. I felt I knew Jaffa more than I knew Ramallah.

Did you ever leave Palestine for an extended time [college, etc.] and did you ever seriously consider not returning after you were done? If so, what changed your mind?

I left Palestine to get an education, first in Beirut and then in London. I also spent four months at Harvard as a visiting scholar. I always knew I would come back. The reason for this was as much my desire to get to know my father and for him to get to know me as it was to be part of the Palestinian struggle for liberation. We worked together, my father and I, in the same law office for eight years after my return from England and before his death.

Where is “home” for you? For your relatives?

Certainly for the generation of my parents and grandparents, home was Jaffa, not Ramallah. I have never left Ramallah for any extended period of time, so in many ways it is home. But as I grow older I realize that I can feel at home in other places. I am sure that I have a strong attachment to this land whether it is called Palestine or Israel. Both sides are destroying the land, the Israelis with their greed and unrestrained building of settlements and the Palestinians with the chaotic planning. Not to mention the many roads and bypass roads and trenches and uprooting of trees.

What has happened to the land in the West Bank physically as a result of occupation and in what ways do you see it as a metaphor for what has changed politically and/or socially?

The war of 1967 had a strong impact on my father. It brought him to the conviction that the resolution of the Palestinian-Israeli conflict lay in the partition of the land between two states, Israel and a Palestinian state in the West Bank and the Gaza Strip with Jerusalem as its capital. He was a forerunner of what has now become a mainstream position. He suffered greatly for his political views. He was called a traitor. Despite being politically naïve, I agreed with my father and followed his lead in believing that this was a fair resolution to the conflict. Yet from the second year after the occupation Israel began building settlements in the occupied territories. I grew up feeling we were in a race with time. Every year the chances of peace were being diminished and our land was being usurped before our eyes. Unless something was done the remaining part of Palestine beyond the 1967 borders of Israel would also be lost. Under these circumstances I believed the worst that could happen would be for Palestinians to leave the occupied territories and enable these areas to be taken over by Israeli Jews. I preached and wrote a lot about sumoud [steadfastness].

Do you think there is a peaceful solution to the Israeli-Palestinian conflict? Is this the position your father held and in what ways might yours differ?

I have been consistent in my view that the solution lies in the establishment of a Palestinian state alongside Israel. In this I followed the position of my father. I have come to realize now that the political arrangement of two states is only part of the resolution of the conflict. Unless there is true reconciliation and acceptance by the one of the other the tension will continue to simmer and true peace will be thwarted.

Can you talk a little about the times when your father was arrested or taken away from you as a child? How was his involvement in these events explained to you? What effect did they have on you personally, on your developing view of whether and how to be involved with problems facing the world?

They always came at night to arrest my father. We would awake to the sound of the soldiers pounding on the metal door and shutters of our house. Then he would disappear and I was never sure if he would come back. These were emotionally wrenching times. The unfortunate thing was that the adults at the house were so busy surviving no one thought of explaining anything to me. In the course of the writing I relived these times and understood them better. My aversion to politics must have its roots in these early experiences.

Is it your personal belief that the still-unsolved murder of your father was related to his political views?

There have always been extremist elements in Israel who believed that those calling for peace and reconciliation were more dangerous to Israel than those calling for its destruction. For this reason I am sure that the murder of my father came as a relief to many extremist Israelis and may have affected the course of the investigation. In addition to being someone who preached reconciliation between Jews and Arabs, my father was a Palestinian. The Israeli occupation authorities did not view Palestinians as fellow human beings with equal human rights. It is likely that my father’s murderer was an Israeli collaborator. Israel nurtured and protected the collaborators however depraved they were. True peace can only come when a mechanism is put in place to bring to justice all murderers and those who cover up for them.

You and your father were both educated as lawyers but your father was also involved politically, and you are involved as a human rights activist. What do you think is the intersection and difference between politics and law? Which has a role, do you think, in finding resolution to the Israeli-Palestinian conflict?

I returned to the West Bank with a strong desire to get involved in the struggle for liberation. I believed that my contribution was going to be through law and human rights. The organization I helped establish was the pioneering human rights organization which inspired scores of others all of whom are now active in this field. The Israeli occupation had a free hand in making illegal changes in the occupied territories both in the building of settlements and the changing of the laws that govern these territories. Al Haq was the first to speak out against these illegal practices. The legal component of the struggle had been severely underplayed. I still believe there is much to be done about this aspect of the struggle. As always it has two dimensions one regarding the struggle with Israel and the other regarding internal organization of Palestinian society and governance.

What is Al-Haq, how did it come about, and what is its mission?

What would you most like to have happen for the Palestinian people?

There are two possible outcomes to this hundred-year-old struggle: one is that the land would be partitioned into two states: Israel and Palestine. The other is that the present situation would continue and the conflict would continue to fester. For years Israeli propaganda denied that such a people as the Palestinians existed. This battle has been won. The struggle now is what kind of a people are the Palestinians and what kind of values and laws are they going to have if and when they succeed in getting a state. The consequence of this is important not only for the Palestinians but also for the Israelis, the inhabitants of the region and possibly the world.