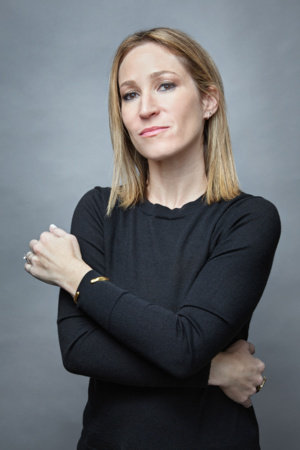 Elizabeth L. Silver is the author of the novel The Execution of Noa P. Singleton, which was published in seven languages. Her writing has been published in McSweeney’s, The Huffington Post, The Rumpus, The Millions, and elsewhere. A graduate of the University of Pennsylvania, the MA Programme in Creative Writing at the University of East Anglia in England, and Temple University, Beasley School of Law, Silver has worked as an attorney in Texas and California and as an adjunct instructor of English literature and composition at Drexel and St. Joseph’s Universities. She lives with her family in Los Angeles.

Sign me up for news about Elizabeth L. Silver and more from Penguin Random House

The Tincture of Time

The Execution of Noa P. Singleton

PENGUIN RANDOM HOUSE: What is the central question your novel seeks to answer?

ELIZABETH L. SILVER: The central question in the novel is not “Who did it?” but rather “Is this punishment right?” Noa, a thirty-five-year-old female death row inmate unravels her story through a present-day prison appeal and intermittent flashbacks, persistently believing throughout that she should die for her actions. Meanwhile, Marlene, her victim’s mother, experiences a complicated evolution simultaneously, as her beliefs in punishment – both self-inflicted and externally imposed – overlap with Noa’s own.

PRH: What books were inspirational in the writing of this novel?

ELS: I’ve always been drawn to novels that explore dark psychological aspects of guilt and ultimately question the human desire for normalcy, such as Lionel Shriver’s We Need to Talk About Kevin, Jennifer Egan’s The Keep, and Donna Tartt’s The Secret History. Dostoevsky’s Crime and Punishment, although not consciously at first, played a tremendous role in my attempt at understanding motivation for criminal activity and the exploration that punishment plays in our society.

PRH: How has your background as a lawyer influenced the novel?

ELS: I spent several years initially working in education, briefly experimenting with publishing, and only stumbled into law as the final day job that I thought might be able to coexist with writing. I spent three years learning the law, and from a purely academic perspective, I was seduced by the rich narrative of the legal system. My background as a lawyer gave me the story and the research for this novel and helped my writing more generally by paring it down to what is necessary on the page.

PRH: You portray the novel’s characters in an often unsympathetic light. Why?

ELS: I’d like to think that all the characters in the novel are actually sympathetic, despite their seemingly unsympathetic decisions, which, in turn, I hope portrays a more realistic human experience. We all make decisions based on raw emotion, be it revenge, love, or insecurity. Sometimes those decisions are simply misguided and sometimes they appear to be unsympathetic, but ultimately they reflect characters who are fallible and imperfect and mortal. Both Noa and Marlene are agonizingly conflicted by their pasts and must learn to live with the consequences of their choices, and to me, this is not a question of sympathy but rather of humanity in its beautiful spectrums of guilt and responsibility.

PRH: What do you hope readers will take away from your book?

ELS: I’d love for people to have been moved, entertained, and provoked, and I’d like for them to think about their own capacity for forgiveness. Mostly, though, I hope readers think about capital punishment, relationships between parents and children, and the power that guilt can have over our consciousness. Then, I hope they pick up a new book with paper and a spine and continue to read.

Bonus: Once you’ve read The Execution of Noa P. Singleton, you’ll want to discuss it. Check out the reading group guide.