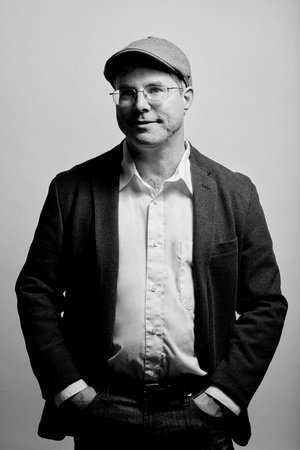 Andy Weir built a two-decade career as a software engineer until the success of his first published novel, The Martian, allowed him to live out his dream of writing full-time. He is a lifelong space nerd and a devoted hobbyist of such subjects as relativistic physics, orbital mechanics, and the history of manned spaceflight. He also mixes a mean cocktail. He lives in California.

Andy Weir on the books and authors (and movies!) that inspired THE MARTIAN | authorcuts

Andy Weir gave us the scoop on the Artemis movie, the identity of the real Mark Watney, and what working as a coder taught him about writing fiction.

PENGUIN RANDOM HOUSE: Are there any comparison points between writing prose and writing code? Did one teach you anything about the other?

Andy Weir: There’s a little bit of overlap, but not much. The main thing I would say is that writing code and writing a book are both about taking a big thing and breaking it up into small things, breaking those small things into smaller things, and then dealing with each of those little things one at a time. I break the story up in this way. I want something to happen, and in order to make that happen, these things have to happen. That is workflow structuring. It’s something I already had.

Another thing I got from software engineering is that it turns out that a lot of the people skills in tech management — in the software industry — work really well if you bring that kind of attitude into the publishing industry. As a software engineer, deadlines were absolutely critical. Deadlines were not pliable: You make this by this time or all sorts of bad stuff happens. My attitude toward deadlines can be really refreshing for people used to dealing with authors who are late meeting them. When the publisher gives me a deadline, I’ll move Heaven and Earth to get my work done by then. They appreciate that.

PRH: Many people reading this must think that there’s some similarities between The Martian protagonist Mark Watney and yourself. Both of you solve problems in the same way.

AW: Oh, absolutely. Mark Watney is based on my own personality, but he’s based on just the good parts. He is composed entirely of just the aspects of myself that I like. He has none of my flaws, and none of my problems. He’s the idealized version of me.

PRH: Sometimes I think about Mark Watney when I have my own problems to solve, or I’m getting frustrated.

AW: If I have a problem that can be solved analytically, I go right into that mode. I don’t channel Mark Watney: Mark Watney channels me.

PRH: I like his can-do attitude, because it’s easy to succumb to despair in some situations.

AW: Absolutely. I’m a human being, I get sad. I succumb to despair, but then I’ll pick myself back up again. I am an optimistic person in a lot of ways, especially about humanity and technology. That’s an aspect about myself that I like, and therefore it’s an aspect that Mark has.

PRH: How have things been going with your latest novel, Artemis? You’ve been out there promoting it for a while. What’s the latest? It’s a very different book from The Martian.

AW: Yeah, it’s a very different story. I didn’t want to retread. I didn’t want to write another person versus nature story. It sold very well, but that was after The Martian. Like any author, I have Imposter Syndrome pouring out of every pore of my body. They say that if you give a man a book you’ll entertain him for a night. Teach a man to write and you’ll give him crippling self-doubt for life. It was received very well and got good reviews, not as good as The Martian, but I’ll probably never write anything that will go over as well as The Martian

If I write 50 more books, I’ll be the guy who wrote The Martian and 50 other books, which is fine. I want to be a science fiction author, and they don’t all have to be world-changing blockbusters. They just have to be good; people should enjoy them. It has been doing well on that front. I’m happy about that. Fox bought the film rights, and the directing duo of Phil Lord and Chris Miller, late of “Solo” fare, have been attached to direct. Hopefully they’ll take some of that “Solo” energy — maybe they’ve got something to prove. That would be nice if they’ve got that motivation. The very talented Geneva Robertson-Dworet is writing the screenplay. Of course, as the author of a book being adapted as a movie you’re just an excited onlooker on the sidelines waving just to see if anyone pays attention to you, because they don’t have to!