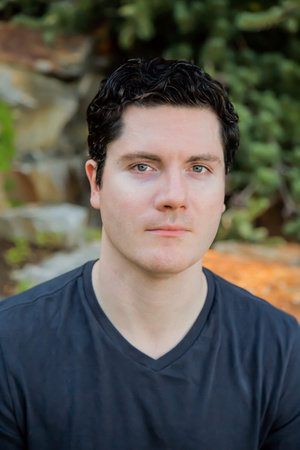 Brendan Duffy is an editor and the author of House of Echoes. He lives in New York.

Brendan Duffy’s masterful literary thriller, The Storm King, follows Nate McHale, a man who desperately tries to escape his dark past, but ultimately is drawn back to the place he once called home. When a body is discovered in a forest that surrounds a nearby lake, and word spreads of a massive hurricane brewing, Nate’s traumatic past comes back to haunt him yet again. But this time around, there may be no escape.

We got the chance to speak with Brendan Duffy about writing thrillers, what inspires him, the essential elements to a suspenseful novel, and more. Be sure to keep reading to check out what he had to say, and pick up a copy of his riveting book, The Storm King.

BRENDAN DUFFY: Ultimately, it’s the challenge of constructing a unique and intricate story and the feeling of accomplishment when all of its pieces finally click together.

PRH:In your book, the main character experiences a devastating tragedy in his childhood years. Why does past trauma serve as a great plot device for suspenseful novels?

BD: Those who have suffered view the world differently than their luckier peers. In the case of The Storm King, Nate’s tragedy sets him apart from his friends and neighbors and ends his childhood. Something at the center of his identity remains scarred, and this causes his life to veer in an unexpected direction. Though he survives the tragedy you’re referring to, he loses a part of himself in the process. There is a kind of terra incognito within him, and its topography is so dangerous that even he’s afraid to explore it. I think trauma is a useful device because it adds an otherness to a character and keeps a part of them opaque, even to themselves. Nate unravels several mysteries in this novel, but in the end, the glimpse into this dark part of himself is his most enduring discovery.

BD: A hurricane plays a big role in The Storm King, and the significance of storms are (as you may guess from the title!) deeply woven into the characters’ histories. But generally speaking, I think there’s a sentence-to-sentence appeal of an environment that’s pushed beyond the ordinary. What’s more interesting: walking down a boardwalk on a sunny day, or in the throes of a hurricane while whitecaps surge through weathered wood and you’re being bucked by relentless wind under a drum of endless thunder?

I also think that extreme weather and other natural disasters trigger something primal in the reptile part of our brains. Reading about it, some subconscious part of you is whispering Danger! and as a thriller writer, that’s a mindset I’m happy to cultivate.

PRH: Do you have any tips for writers struggling to effectively incorporate twists into their plot?

BD: It’s extremely hard to pace a twisty thriller. The best advice I can give others is to keep an open mind as they revise. You don’t want to become so bound to an outline or a first draft that you can’t make the big changes that may need to be made to make your book work. Be flexible with your structure and give your characters enough free rein that they have a chance to surprise you. And take heart, because this isn’t easy for anyone. Most writers need to revise their manuscripts many, many times. No one nails it on their first draft, so keep at it and don’t be discouraged.

PRH:Do all characters need to have a weakness or unlikeable trait?

BD: I think that characters should be authentic, and to be authentic is to be imperfect. A primary character in particular needs blind spots or faults in order to give them dimension. A perfect, faultless character would get very dull very quickly. That said, I think there’s quite a difference between a character being flawed and being unlikeable. As an author, I want to keep you rooting for the main character, even if they’re doing not-so-great things for not-so-great reasons—actually, I especially want you to cheer for them when they’re doing those things. Life isn’t black and white, and the kind of fiction that I love exists in shades of gray.

PRH: In your opinion, what is the most important aspect of a thriller?

BD: Its propulsive energy—whatever it is that keeps the reader turning pages late at night. This could be fueled by plot developments, tone, compelling characters, or stirring language. I think a really good thriller relies on a combination of all these elements.

PRH:What writers have inspired your work?

BD: I’ve always read very widely, so this is a little difficult to nail down! Countless books have left their mark on me, but to name names, I’d say Tana French, Stephen King, and Frank Herbert.

PRH:What’s one piece of advice you’d offer to aspiring writers?

BD: When revising and polishing my pages, I try to keep in mind Antoine de Saint-Exupery’s excellent quotation: “Perfection is achieved, not when there is nothing left to add, but when there is nothing left to take away.” Writers know vast amounts about their characters and their world, but not all of this belongs in a novel. Writing is about making choices, and you have to figure out what your reader needs to enjoy the experience you’re crafting for them. You have to be aware of passages where you’re indulging yourself rather than serving the reader, and you must be willing to kill your darlings.