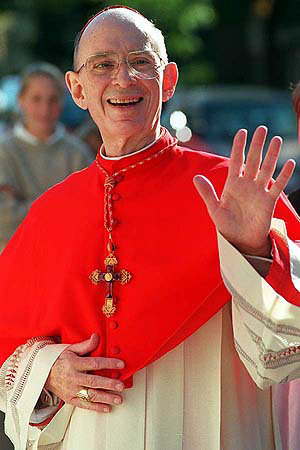 Joseph Louis Bernardin served as Archbishop of Cincinnati and President of the National Conference of Catholic Bishops in Washington, D.C. He became a cardinal in 1983 and was Archbishop of Chicago from 1982 until his death in 1996. Widely recognized as both a church and civic leader, he was awarded the Presidential Medal of Freedom shortly before he died.

Jeremy Langford edited The Gift of Peace and two biographical photobooks of the Cardinal by John H. White, This Man Bernardin and The Final Journey of Joseph Cardinal Bernardin. He is editor-in-chief of Sheed & Ward Book Publishing.

The Journey to Peace