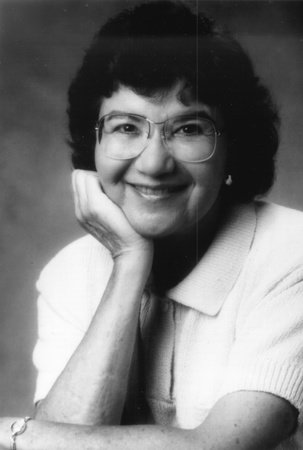 “I write because I like to try on different lives through my characters and because I want to help young people find answers to their problems.”—Gloria D. Miklowitz

Gloria D. Miklowitz’s books have received several honors from the American Library Association as well as other awards and honors.

As a child, Gloria D. Miklowitz was an avid reader. She also entertained her friends with her own stories and charged them an admission of a marble or a safety pin. After earning her B.A. in English from the University of Michigan, Miklowitz married and moved to Pasadena, California. There, she worked as a scriptwriter for the Department of the Navy and wrote films on scientific subjects. She says this experience taught her to write visually and succinctly—skills she finds useful in writing for children. When her two sons were two and three years old, Miklowitz began reading picture books to them, and entered a national writing contest with her manuscript for Barefoot Boy. It became her first published book.

Miklowitz is now the author of more than 45 books, both fiction and nonfiction, for readers ranging in age from very young to young adult. Her teen novels have won both national and international awards for their popularity among readers.

Now, Miklowitz writes mostly for teens about serious issues such as child abuse, suicide, nuclear war, racial prejudice, and more recently—date violence. Before beginning a book, Miklowitz does considerable research, including reading, interviewing, visiting sites, and even living with the subjects who will people her novels. She always tries to convey options or solutions to common teen problems while telling a compelling story.

Gloria D. Miklowitz lives in La Cañada, California, and travels frequently to speak at schools and conventions as far away as South Africa and Sweden. Her sons are both college professors and read to their children regularly.

“This simple cautionary tale dramatizes the danger of steroids in high school athletics.”—Booklist

—An ALA Recommended Book for the Reluctant Young Reader

“A frightening twist on a teenage love triangle with a painful, but not tragic resolution.”—Booklist

“Miklowitz is back with another headline-fresh story [and] delivers a sober message about the nature of a healthy relationship and the value of self-respect.”—Publishers Weekly


THE WAR BETWEEN THE CLASSES
“Many important social issues are introduced in this very readable novel.”—Children’s Book Review Service

The War Between the Classes