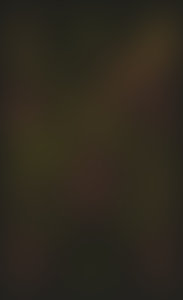 H.G. Wells was born in Bromley, Kent, in 1866. After an education repeatedly interrupted by his family’s financial problems, he eventually found work as a teacher at a succession of schools, where he began to write his first stories.
Wells became a prolific writer with a diverse output, of which the famous works are his science fiction novels. These are some of the earliest and most influential examples of the genre, and include classics such as The Time Machine and The War of the Worlds. Most of his books very well-received, and had a huge influence on many younger writers, including George Orwell and Isaac Asimov. Wells also wrote many popular non-fiction books, and used his writing to support the wide range of political and social causes in which he had an interest, although these became increasingly eccentric towards the end of his life.
Twice-married, Wells had many affairs, including a ten-year liaison with Rebecca West that produced a son. He died in London in 1946.

Sign me up for news about H. G. Wells and more from Penguin Random House

The Rights of Man

La guerra de los mundos / The War of the Worlds

Books by H. G. Wells published by The MIT Press