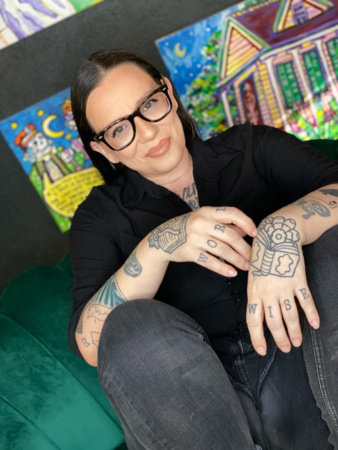 CHERIE DIMALINE‘s young adult novel The Marrow Thieves shot to the top of the bestseller lists when it was published in 2017, and has stayed there. It won the Burt Award for First Nations, Métis and Inuit Literature, the Governor General’s Literary Award, the Kirkus Prize in Young Readers’ Literature, was a finalist for the Trillium Book Award and was a fan favourite in CBC’s Canada Reads (2018). It was also a Book of Year on numerous lists including National Public Radio, the School Library Journal, the New York Public Library, Globe and Mail, Quill & Quire and the CBC. Her adult novel, Empire of Wild, was an Indigo #1 Best Book of 2019. From the Georgian Bay Métis Community in Ontario, she lives in Midland, Ontario.