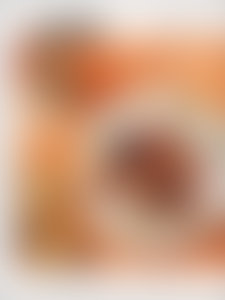 EDEN GRINSHPAN is a chef, food personality, and the current host of Top Chef Canada. After earning her culinary degree at Le Cordon Bleu in London, Eden found herself chasing big flavours around the world, cooking in restaurants, and eating her way across Europe, India, Southeast Asia, and of course Israel, from which her family hails. She conceptualized, produced, and hosted Eden Eats, her first culinary travel show for the Cooking Channel. Her career in television sparked, Eden then went on to host and judge a multitude of television shows, including Log On and Eat with Eden Grinshpan and Chopped Canada. Eden lives in Brooklyn with her husband, Ido, and their daughter, Ayv.

Collaborator RACHEL HOLTZMAN has worked on bestselling books with clients ranging from personalities such as Kate Hudson, Tiffani Thiessen, and Alicia Silverstone; to chefs such as Paul Kahan, Stephanie Izard, and Grant Achatz; to
forward-thinking brands such as Moon Juice, Sakara Life, and The Home Edit.