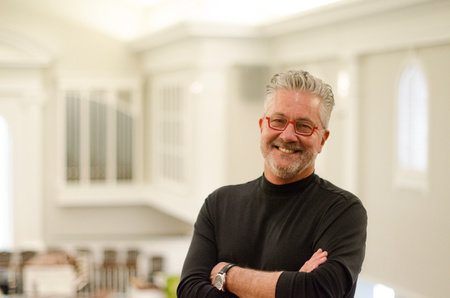 Robin Meyers is a Christian minister, peace activist, philosophy professor, and writer on progressive Christianity and Western society. He has been a syndicated columnist and an award-winning commentator for National Public Radio and the senior minister of the Mayflower Congregational United Church of Christ in Oklahoma City since 1985. He is a distinguished professor of social justice in the philosophy department at Oklahoma City University, where he has taught since 1991.

Sign me up for news about Robin R. Meyers and more from Penguin Random House

Morning Sun on a White Piano