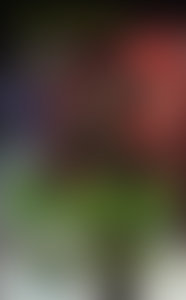 Ann Aguirre is the New York Times bestselling author of the Sirantha Jax series, the Enclave series, the Corine Solomon series, and The Dred Chronicles.

How did you develop Sirantha Jax’s rich world? Where did you get your inspiration?

It’s a funny story. I was taking a late night fog walk through a dark, deserted swamp when the ink-black night was split by a lemon-yellow beam, which sucked me up into the sky and—

The real version is a little less interesting, if just as strange, albeit in a different way. See, I’d grown frustrated of writing within a certain formula. I was struggling on my current work; the pieces weren’t fitting.

So I sat down with a blank mind and began to write. Initially, it was a practice exercise, something to get my creative juices flowing. I had no characters, no plot, not even a core idea when I started typing. To my surprise, the first pages were good. Riveting even. I had something, but I had no idea where I was going. Jax just grabbed me by the throat and didn’t let go until I wrote the last word.

Walter Jon Williams penned an interesting novel called Aristoi, wherein he taps the idea that we possess fragments of other personalities locked away inside our brains; he called them daimones. These sub-personalities can think and feel independently and sometimes possess talents that we need. It’s an intriguing take on beneficial schizophrenia, and I sometimes wonder if there’s a kernel of truth to it.

Because the fact is, I don’t know where Jax (or her world) came from. She told me about it as we went along. And I’m riding this roller coaster with the greatest of glee because half my fun is not knowing when to expect the next upside down loop.

What sort of research do you do to create the people, science, and creatures that populate Jax’s world?

I read Wired, Engadget, and Discovery.com. That’s more fun than it sounds.

I mean, I invented a weapon in Grimspace that I called a disruptor. The way it works is simple and grotesque. I theorized that, like they’re doing now, scientists had worked on developing technology that would permit people to beam around, as envisioned in Star Trek.

However, in my world, they never experienced any success in transporting human beings intact to their new location. The target person wound up hideously scrambled, their flesh turned inside out, and the result was a horrible, agonizing death.

They, of course, immediately turned this research failure into a weapon. Thus, the disruptor was born. It’s based in the science of teleportation; the disruptor has been attuned to the flesh frequency, and it literally rearranges all your molecules. So if you’re shot in the stomach, it puts your guts on the outside, and you die of shock. Talk about gruesome and painful.

But wait, there’s more! Recent research has validated my core theory. Scientists in Australia have managed to achieve short-distance teleportation of atoms, using lasers and seriously frigid temperatures. Never mind the fact that the freezing part would obviate the need for flesh-scrambling to kill a human being—just imagine scientists continued researching in this vein and found a way that combines lasers with some other x-factor. The disruptor could theoretically exist in some future, right? I love my job.

Do you have a favorite word? What is it?

Concupiscence. It’s an amazingly obscure word that doesn’t sound like what it is. I think it’d be hard (pun intended?) to use it in a sentence, but I like a challenge!

You’ve had many varied jobs throughout your life. How did you settle on writing? If you could make your living doing any one thing, what would it be?

The other jobs were just…jobs. I haven’t done anything but write in years. This is my calling. I always, always wanted to write. So this is what I’d be doing; I can honestly say I’m living my dream.

How has living in Mexico influenced your writing for an American audience?

Well, I know a lot more about what goes in Mexico than your average American, I suppose, and I’m especially interested in integrating lesser known cultural facts in my Corine Solomon series. I did a substantial amount of research into the history of brujos (witches) and curanderos (healers) along the way.

There’s a rich tapestry of belief in the supernatural running in an odd lockstep alongside Catholicism, and people are generally more accepting of the mystic and/or inexplicable, whereas in the States, such beliefs are more marginal. In fact, there’s a precedent for the cartels hiring brujos to work hexes like they hire hitman. I tried to capture that sense of magical realism so pervasive in the works of Marquez, and infuse my urban fantasy with it.

When did you begin writing? Where and when do you write now?

It’s been a long road. I wrote my first “book” when I was nine. That Scooby Doo-style mystery won a state competition, and I wound up at a young authors conference, where I met Shel Silverstein. Listening to him read from Where the Sidewalk Ends was the thrill of my young life. I made up my mind right then that I wanted to see my own words in print someday.

And I never once changed course. Sure, I had some detours and setbacks, but I’m pretty single-minded.

These days, I write from 9:00am – 2:30pm, when it’s time for me to go pick the kids up from school. When I’m working on a project, I live by 3K a day. Ideally, I meet that goal by 2:30, as the afternoon turns into a flurry of activities, errands, helping with homework, and then dinner.

If I didn’t hit 3K, then I get back to work in the early evening and make up the difference. That’s how I do a draft in 30 days. Then I let it sit for two weeks before going back to see what I need to fix. If I need a second opinion before turning it in, I have my husband or one of my crit partners look at it. If I’m confident of the book, it goes straight to Laura Bradford, my agent.

Who are your favorite writers?

It would take forever if I made this exhaustive because books are my great love. However, some of my favorite authors by genre include:

Whew. I have to stop. Just too many to list.

Can you give us any hints of what’s coming for Sirantha Jax in the future?

Love. War. Possible heartbreak and despair. But she’ll reinvent herself because that’s what she does. And she’ll always, always be looking for a way to kick some ass.

Yeah, actually. First, thanks for having me!

Second, I love giving away loot, and I often do so on my blog. Second, I have an author loop where I hang out with readers. We talk about books quite a bit, and I run a monthly contest, starting the 23rd of each month, where we discuss our favorite reads. That culminates on the 30th with me awarding a book from the list of titles mentioned to some lucky winner.

Finally, I love hearing from readers. I never let an email go unanswered, so feel free to get in touch.