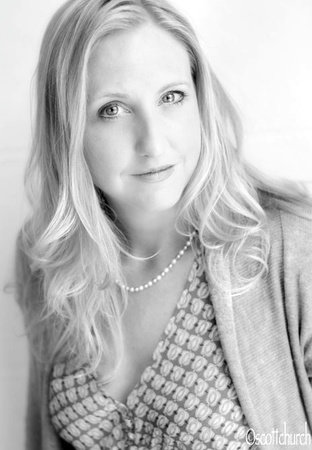 Anya Bast lives in the country with her Belgian husband, their tornado toddler of a daughter, and more cats, dogs, and rabbits than is sane. Ever since she was a little girl, Anya has told stories (much to her mother’s dismay). She’s happy to finally be making a career out of it.

A native of one of the colder states, she loves to ice skate and watch hockey. She has fascination for crows, ravens and birds of prey. She enjoys the study of Eastern philosophy, Celtic myth, dreaming, and shamanism and occasionally incorporates what she learns into her paranormal stories. She works part time as a data base editor and French translator.

A Court of Edaeii Novel

Brotherhood of the Damned

Sometimes, love comes from the most unexpected places. Adam Tyrell finds that out when he meets Claire, a woman who is literally out of this world.

When Claire is tossed to Earth through a portal between Earth and Eudae, she ends up in a place she remembers as if from a dream. Her mother took her to Eudae, a world some might call Hell, at the tender age of six where she was forced to be a servant to an Ytrayi demon. On Earth she’s finally free.

Before she was forced through the portal, Rue — the demon she was bound to on Eudae — placed a deadly weapon called the elium within her. The elium acts like an atomic bomb to those with magick and the Atrika demon breed want it in order to overthrown the Ytrayi.

In the space of a minute Claire becomes a valuable possession in a demon war.

Compounding her unhappy circumstance are the two deadly Atrika demons that have followed her to Earth. They will stop at nothing to extract the elium from her body, even if it means killing her…especially if it means killing her (because for an Atrika, that’s just good fun!). Now she’s running for her life in a strange world she barely knows. Her only hope is the Chicago Coven and the elemental witches.

Enter Adam Tyrell. Adam is a fire witch with a tragic past that he masks behind a joking, carefree demeanor and endless affairs. He lost his first wife and blames himself for her death. So when he’s tasked with the job of protecting Claire from the Atrika demons, he takes it very seriously. He throws himself into the task body and soul and will lay his life down to protect Claire’s.

However once Claire learns to control the weapon within her, the Atrika demons just might need protection from her. The Ytrayi have had twenty years to tinker with her elemental earth magick, making her different than any witch the Coven has ever seen. She’s stronger than a normal elemental witch. Unique.

Adam thinks she’s powerful in more ways than one. His heart hasn’t neared love territory in a long time, and Claire is definitely not his type, yet there’s something about her that’s special, something that sets her apart from all the other women he’s met. As they run for Claire’s life, he begins to let down his emotional barriers and allow her in. At the same time Claire is discovering what is to live as a woman on Earth and not as a slave to demons…she’s learning what it is to fall in love.

But the Atrika have other plans for these two and there’s no way that Claire, Adam and the Chicago Coven are getting out of this one unharmed.