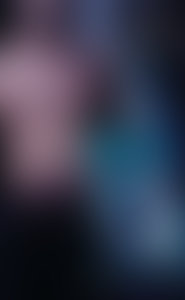 Ava Gray has been a clown, a clerk, a savior of stray kittens, and a voice actress, not necessarily in that order. She grew up in a yellow house across from a cornfield, but now she lives in a terra-cotta adobe house with her husband and two adorable children who generally do as they are told. In this guise, she writes high-octane paranormal romances; she also writes romantic science fiction and urban fantasy as Ann Aguirre.

Skin Tight was a challenging book because the hero occupied an antagonist’s role in Skin Game. He wasn’t the big bad, but he had his own agenda. Quite coldly, he used Reyes, Kyra, and her best friend Mia, who steps up to become the heroine of the second novel. They have a complicated past, and he’s already betrayed her once.

That’s actually one of my favorite tropes. When an author can set a character up as the antagonist in one book and then flip him in a subsequent novel, selling him as a hero, that rocks my world. One of my favorite books by Kimberly Cates, Briar Rose, has a villain-turned-hero. I just loved Lionel so much; she sold me on his redemption. And that’s key. The writer has to make me believe.

While I wouldn’t call Foster the villain of Skin Game, he clearly wasn’t working on behalf of Kyra and Reyes, furthering their interests. His schemes and stratagems served only himself and his dark, vengeful goal. Since I have a master plan for this series, which is unusual for me, I left enough tidbits in Skin Game to pave the way to the secrets revealed in Skin Tight. Some of the questions readers wondered about in the first one are addressed in the next. I couldn’t give certain answers from the jump because Kyra’s personality was such that she didn’t care why, only how her ability could be made useful. She felt about her talent as I do about microwave ovens; I don’t have to know how it works to find it convenient.

Foster, on the other hand, cared very much why he was different, and he dug into the reasons behind his ability. It all feeds into his story and how he came to play a rather Machiavellian game in the first novel. Per reader feedback, most found him equal measures chilling and fascinating, and they were curious how I would transform him into a man you wanted to see live happily ever after. I suspect readers will be surprised at the truth of him. He is… heartbreaking.

With him, you only need to learn the reasons behind his vendetta, and then you’re on his side from that moment forward. He was a difficult hero; I won’t lie. It’s hard to write a romance when the male lead is convinced he’s going to die, and moreover, he wants to, because once he completes his mission, he has nothing left to live for. It was achingly beautiful to watch (and write) as he went from completely broken to willing to live for the woman who became everything to him.

I hope you enjoy the story.