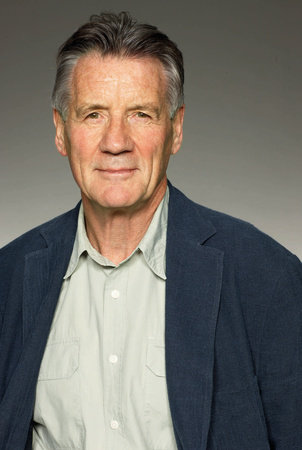 MICHAEL PALIN has written and starred in numerous TV programmes and films, from Monty Python and Ripping Yarns to A Fish Called Wanda and The Death of Stalin. He has also made several much-acclaimed travel documentaries, his journeys taking him to the North and South Poles, the Sahara Desert, the Himalayas, Eastern Europe and Brazil. His books include accounts of his journeys, novels (Hemingway’s Chair and The Truth), several volumes of diaries and Erebus: One Ship, Two Epic Voyages, and the Greatest Naval Mystery of All Time. From 2009 to 2012 he was president of the Royal Geographical Society. In 2018 he was the inaugural recipient of the Royal Canadian Geographical Society’s Louie Kamookak Medal. He received a BAFTA fellowship in 2013, and a knighthood in the 2019 New Year Honours list. He lives in London.